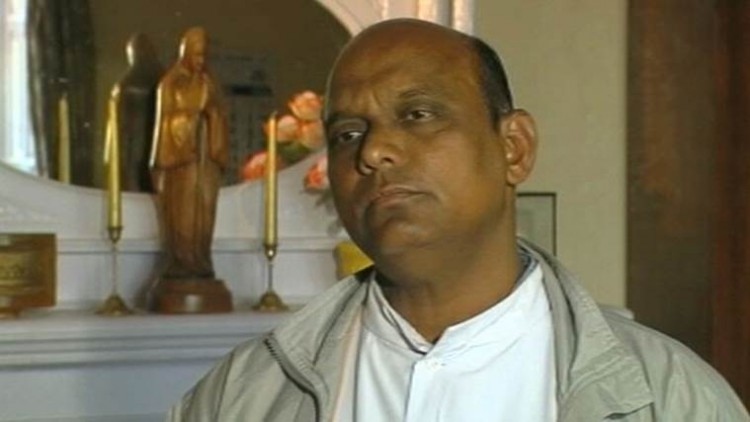 The answer is simple: they thought no one would notice.

When Indian priest Rev. Joseph Jeyapaul pleaded guilty in 2012 to child molestation in the Diocese of Crookston, MN, Jeyapaul’s victims and their supporters (including SNAP, the Survivors Network of those Abused by Priests) believed—at first—that they had won a huge victory.

Not only had Jeyapaul fled the US in 2010 when criminal charges were filed, but it took Interpol to bring the Catholic cleric back to the United States from India in 2012.

After pleading guilty, Jeyapaul served a year in prison and was deported back to India … where a year after his return, he has been reinstated as a priest with the approval of the Vatican.

As a result of the reinstatement, one of Jeyapaul’s victims, Megan Peterson, 26, is filing a federal lawsuit—a last-ditch effort to demand transparency about Jeyapaul and an explanation as to why the Vatican and US and Indian bishops are breaking their promises of reform and child safety.

From the NY Daily News:

A former New Yorker who says she was sexually abused by a priest reinstated by the Vatican earlier this year – even though he had pleaded guilty to criminal charges – is expected to file a federal lawsuit against the cleric’s diocese in India.

Minnesota attorney Jeff Anderson will file suit on behalf of Megan Peterson in federal court that claims the Diocese of Ootacamund endangered children by reinstating the Rev. Joseph Jeyapaul to ministry.

The Vatican’s decision to reinstate Jeyapaul was especially disturbing, Peterson told The News earlier this year, because Pope Francis said a month later there was a special place in hell for bishops and other church officials who enable rather than report child-molesting clergymen.

Peterson and SNAP rightfully believe that the church in India should act immediately, the Vatican should apologize and explain their actions, and the US bishops who allowed Jeyapaul to work and abuse in their dioceses should speak up and demand that he priest be permanently removed from ministry.

But the response from the bishops and the Vatican … nothing.

Because they had hoped that none of us would notice.

1 thought on “Why did the Vatican reinstate a convicted priest?”