**Updated with correction and Diocese Reponse**

File this under: “What the hell are they thinking?”

Diocese of San Diego priest Fr. Jose Alexis Davila, who in April pled guilty to to battery and “engaging in an unlawful touching of an intimate part of the victim’s body,” is back at work at his old parish. The preschool, I am told, has been shut down) 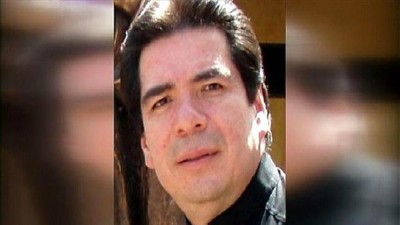 If you don’t know the whole story, Davila went to a parishioner’s home on New Year’s Eve (she was a 20-year-old woman) and forced himself on her. We don’t know if more happened. But really, the guilty plea is enough, n’est-ce pas?

Yeah, say San Diego Bishop Robert Brom and his successor Cirillo Flores (who is a licensed civil lawyer), it’s enough to get you your job back! You WIN!

It gets worse: Davila has been put right smack in the same place where parishioners formed a “lynch mob” and went to the victim’s home in an attempt to get her to recant her story. They kicked her mom out of Bible study. They badgered her family.

Did Brom or Flores step in and say, “This is not what Jesus would do?” Did they try to hold listening sessions at the parish so that parishioners could hear from other victims? Hell, no. They sat back and allowed their flock to descend into a mob mentality and engage in pseudo-criminal behavior in order to thwart the justice system. Um, excuse me … anyone home on Paducah Drive? You have a big problem here. Don’t you have a Charter for this very thing?

I could go into how these kinds of actions alienate survivors, scare victims into silence, discourage reporting, enable criminals, put kids in danger, etc. I could say that this flagrant and dangerous act defies common sense, Christianity, and the New Testament (which really frowns upon lynch mobs, endangering children and awarding criminals who show no contrition).

But let’s look at the bishop’s own rulebook: Davila now has a record. Davila works in a position of power at a parish . Davila will not pass any Church- and common sense-mandated background check.  THEY ARE BREAKING THEIR OWN RULES.

The solution is simple, Most Revs. Brom and Flores: Let Davila work in a remote and secure facility where he has no contact with kids. Reach out to hurting confused parishioners. Embrace the victim and invite her and her family back to church (All those “Catholics Come Home” brochures? They don’t work when you allow your flock to form angry mobs and go after victims and their families and put offenders in nice jobs at parishes.)

Below is the press release that SNAP sent out earlier today. I would go to the parish, but I’m afraid that I’d get killed. Nice.

Here is the statement by Rodrigo Valdivia, Chancellor of the Diocese of San Diego:

The Diocese of San Diego and Father Alexis Davila have fully cooperated with law enforcement and all legitimate and pastoral concerns have been addressed as regards his case.

I’m speechless. I welcome your comments …

Yet, months later, he’s back around kids, teens

Victim and her family were subject to “lynch mob”

A Catholic priest who was convicted of trying to sexually assault a 20-year-old woman earlier this year has quietly been put back to work in a San Diego parish.

Clergy sex abuse victims want him removed. They fear he may assault other vulnerable young women.

According to the parish website, Fr. Jose Alexis Davila is now the Associate Pastor at St. Jude’s Catholic Church (3785 Boston Ave, San Diego, CA 92113, 619-264-2195). A concerned parishioner alerted a support group called SNAP, (the Survivors Network of those Abused by Priests) to the assignment.

Today, leaders of SNAP are writing San Diego Bishop Brom and and his successor Bishop Crillo Flores, urging them to oust Davila.

“These Catholic officials are basically telling employees that ‘If you try to rape a woman, we’ll still give you a job – but quietly – even if you’re convicted in court,'” said Joelle Casteix of Newport Beach, SNAP Western Regional Director.

Fr. Davila was arrested in January 2012 for attempting to sexually assault a 20-year-old woman who attended church at St. Jude’s Shrine of the West in Southcrest.  He pleaded guilty to battery and “engaging in an unlawful touching of an intimate part of the victim’s body” in April and was sentenced to three years’ probation. He was also ordered to stay away from the victim.

Last week, SNAP learned from an anonymous source that Davila was back at the St. Jude’s. Calls to the parish confirmed that Davila is currently on the job. As best as SNAP can tell, there was no public announcement that Davila was reinstated.

In a letter sent today to Brom and Flores, SNAP is pushing for Davila’s permanent removal

SNAP is also worried because a state-funded child care center is located at the parish.

SNAP’s letter urges Brom and his successor to:

— Immediately remove Davila from the parish

–Put him in a remote, secure, independently run treatment center where he has no contact with women or children,

–Apologize to the victim and her family for their “irresponsible” actions, and

— Disclose Davila’s presence at the parish to the California State Board of Education, which funds the child care center at St. Jude’s parish.

“We were shocked to hear that a convicted predator is back working in a parish,” said Casteix. “This should have been a slam-dunk: Davila pled guilty to sexually attacking a vulnerable young woman. He should never work in a parish again, period. That’s what the bishops have promised us for the past 10 years. And once again, Brom and his successor Flores have turned their backs on the victims they promised to protect.”

“You are violating both the letter and the spirit of your own 2002 abuse ‘reforms,'” the letter says. “If Davila can go unpunished for attacking a woman, every woman, including others at and near his parish, are at risk.”

SNAP is also concerned about the treatment of the victim in this case. According to press reports, parishioners harassed her family members, came to her home to try and force her to recant, and kicked her mother out of her Bible study group. Because Davila has been ordered to stay away from the victim, it is unknown if the victim and her family are even able to attend mass at the parish.

SNAP believes that these actions scare other victims, witnesses and whistleblowers into staying silent.

“When parishioners lashed out at the victim and shunned her mother from the church, you did nothing,” the letter says. “Because you are not reaching out and guiding your flock, you are supporting a predator at the cost of his victim and her family and the well-being of others.  We hope that the victim is reaching out and getting help and support from organizations and people who care about the welfare for survivors.”

The diocese of San Diego is no stranger to sex abuse and cover up. In 2007, the Diocese settled with 144 victims of child sex abuse for $200 million. Diocese officials had attempted to hide behind bankruptcy protection, but allegations of fraud on the part of the Diocese eventually led to a settlement. Documents were released in October 2010 that exposed the scope and scale of the abuse and cover-up .

1 thought on “Plead guilty to sexual assault? No worries! Brom has got your back!”