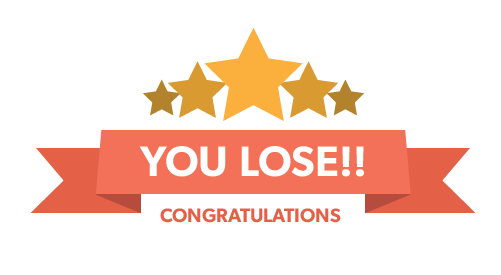 Settlement Class Actions Lawsuits are BAD for victims, BAD for justice, and a PUBLIC SAFETY HAZARD.

And the opt-out? It’s every bishop’s dream.

I talked about the opt-out a little in my last post. But in this post, I will talk about why settlement class action lawsuits in sex abuse cases are the enemy of SOL reform. The main reason (among many)? The evil opt-out.

What is the opt-out? It is an artificial deadline more pernicious than old statutes of limitations. When a class action is certified (that is, a judge says it’s cool to move forward), s/he will set an opt-out date. Usually six months after the certification (to allow for advertising), the opt-out date is the LAST day that a survivor can say in writing that they DO NOT want to be a part of the class.

Don’t know about the class? Don’t follow the news? Lose the postcard? Notices are sent to the wrong address? You were on vacation? Congratulations! You lose. You’re a member.

So now you’re stuck. What does this mean in a sex abuse case? Remember, this isn’t about gym memberships. This is about RAPE.

A story of an opt-out

Victim A was abused in the Diocese of Altoona-Johnstown. He a voluntary member of the class.

The class action lawsuit is certified by the court. The deadline to opt-out comes and goes.

Victim B was also abused in the Diocese of Altoona-Johnstown. She is 45. She recently disclosed to her husband. She lives in Oregon and has not been following the news. She has just started therapy and her therapist has reported her rapes to law enforcement in Pennsylvania (since she is a mandatory reporter). The therapist has also suggested Victim B talk to a lawyer, since the priest who raped her is still in ministry. The police say there is nothing they can do to pursue a criminal investigation.

Then, the state legislature in Pennsylvania finally passes SOL reform, including a civil window for victims. Victim B, who is now following what is happening in her home state, is disgusted to learn that the man who raped her is still working with children. She calls and reports him to the reporting line at the diocese, but feels that her case isn’t taken seriously. She also calls the attorney general’s office.

Finally, out of options, she calls a lawyer. “I don’t care about money. I have to get that man out of his job and away from kids,” she tells the attorney. “I don’t want what happened to me to happen to other girls.”

Victim B is one of the first cases filed under the new civil window, which allows victims to come forward and expose predators, no matter when the abuse occurred.

At the first hearing for her case, which is coordinated with other cases, the Catholic Church’s lawyers offer the judge a compromise.

“Why should we clog up two court systems?” the church lawyer tells the judge. “We already have a case in the federal court system which, even plaintiff’s counsel has said, is a ‘one stop national clearing house to resolve all cases of abuse?’ Why are we wasting this court’s time?”

“Are these plaintiffs members of that class?” the judge asks.

“Fine,” the judge says. “Victim B and others who did not opt out are moved to the federal court.”

Victim B? Well, you tell me? Will she get her day in court? No. No documents. Most likely no ability to stand up and say, in a court, that Fr. X abused her. Instead, she is given a number and sent to the clearinghouse.

And Fr. X remains in ministry.

What about the people who covered up for Fr. X? You know, the folks who knew he abused kids, sent him to treatment, lied to parents, etc? They are off the hook, too.

Will this definitely happen? I don’t know. Do we know that this is going to be the big argument to kill SOL reform in NY, PA, and every other state working expose sex predators? YES.

And if SOL reform passes, we know that anyone stuck in the class runs a huge risk of losing their day in court.

What about the Corporation Sole?

The class action lawsuit names the US Conference of Catholic Bishops, whose members include current and former bishops.

Let’s say the class is certified and you are Joelle Casteix and want to use the civil courts to expose your predator, a lay choir teacher, whom you know molested you and other girls. You have met the burden of proof to go to civil court, but you don’t have the “smoking gun” evidence. That “smoking gun” evidence includes the predator’s signed confession, the cover-up documents from the school and the diocese, and proof that he molested other girls.

Those documents can ONLY be obtained in the process of a civil lawsuit.

When you go court, lawyers for the Diocese of Orange say, “Well, Ms. Casteix is actually suing the bishop, since the legal name of the diocese is ‘The Roman Catholic Bishop of Orange, A Corporation Sole.’ We believe this case should be moved to the federal class action since it’s against the bishops and it’s the ‘clearinghouse’ for such cases.”

The judge says yes (it’s California, the courthouses are jammed, and the judge is Catholic). Joelle gets in the back of the line of the class and never gets access to her documents.

It makes you wonder … are they part of this deal?

Coming up in the next post: IRCPs vs Settlement Class Action Lawsuits