Your question of the day:

You see a child being sexually abused and beaten on a street corner. Whom do you call? Answer: The local university, your bishop, your commander or the leader of the closest nonprofit.

Ridiculous? Of course it is. Utterly absurd? Yes. Child endangerment? You bet. So let’s try again with the correct answer: You call law enforcement. Why? Because law enforcement is in the investigation business. Universities, churches, corporate entities and other nonprofits are NOT.

So why do we act so absurdly when we witness abuse on the Penn State campus, at the local parish, or a college campus? Because we were (wrongly) told and convinced it is the right thing to do.

We need to re-calibrate our thinking: institutions should never be in the sex abuse investigation business. When it comes to crime, our loyalty is to justice and accountability, not institutions. 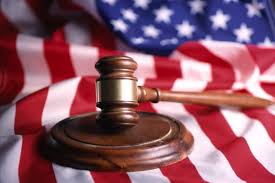 We don’t ask the police to engineer technological innovation, make money for investors, create jobs, help make the US a leader in international business, or work towards nonprofit social good. We ask them to solve crimes. So why do we ask corporations to investigate sexual abuse?

Maliciously or not, these corporations have set up internal reporting and investigation systems to protect themselves and remain in business – protecting jobs, innovation and investors.

The military has a term for why internal investigations protect the institution – unlawful command influence, or UCI. Often called the “mortal enemy of military justice,” UCI happens when people in positions of power exert undue and wrongful influence (sometimes even accidentally) that affects the investigation and outcome of military trials. Most recently, the term has been used to describe the problem with sexual assault in the military, whether the influence keeps victims from getting justice, or impedes the ability of the accused to get a fair hearing, internal review, or in some cases, court martial.

In the case of corporate entities, it’s about protecting the institution.

Case in point: Jerry Sandusky. Penn State officials did not report to law enforcement because they felt that the adverse publicity would hurt both Penn State and the football program. Instead, they pretended to follow an internal reporting structure that broke down.

Had someone just picked up the phone and called the cops, who knows how many victims could have been spared?

Another duty of corporate officers is to protect the corporation against civil liability. In general business, this usually forces a corporate entity to buy insurance, obey the law, and oversee processes. But in the case of sexual abuse investigation, this means the entity doesn’t wants victims coming back and suing the corporation for wrong doing. For example, in the Catholic Church, documents released in the Archdiocese of Los Angeles showed how Cardinal Mahony and others high ranking officials consciously moved to ensure that civil and criminal statutes of limitations would expire before victims sought help and justice.

In the Diocese of Orange, church officials lied to parishioners about accusations against priests such as Michael Pecharich and others, in the hopes that victims would not come forward during a 2003 civil window in the statute of limitations. In this case, diocese officials allowed Pecharich to tell parishioners there was one “boundary violation” with a teen. Yet all along, the diocese was in possession of serious sexual abuse complaints against Pecharich. They hoped that by creating a ruse, they would protect the corporate church, mitigate liability, and get parishioners on their side.

And guess what? These actions were all under the auspices of internal review boards.

UCI in the Catholic Church

There is no institution in the United States to whom we give more deference than the Catholic Church. Presidents sit next to high ranking bishops at the Al Smith Dinner, begging for the photo op that will give them boosts in the polls. Bishops exert great influence over state legislatures and have the instant capability to call lawmakers on their personal cell phones. They use the Bully Pulpit and the flock to try and kill victim-friendly laws, while also spending millions on lobbyists to ensure that victims of abuse are denied access to the courts. They use their implied moral superiority and “access to God” to scare and shame Catholics from coming forward about abuse and evidence.

That’s some pretty scary stuff. It makes the military look like kindergarten.

There is also no corporation who relies so heavily upon internal investigations of sexual abuse.

Case in point: Kansas City Bishop Robert Flynn was convicted of criminal child endangerment last year because he protected the corporation, shielded a sex offender, and forced others to obey his “internal investigation structure.” Yet, he is still the leader of the area’s Catholics, even though he could not pass his own background check. As bishop, Flynn is still the moral and religious leader of the area’s Catholics, who, by church law, must obey him completely. He can deny Catholics communion and access to heaven. He can excommunicate those who disagree with him. Simply put, he holds compete power over Kansas City’s Catholics’ access to God.

We know where Flynn’s true loyalty is, and it ain’t with the flock, kids or God.

The Accused Are Thrown Under the Bus, Too

Internal investigations of sexual abuse cases hurt more than just victims. At West Point, an internal investigation and UCI intervention (after a court marital found a cadet not guilty of assault) is threatening to destroy a young cadet’s future. The inability of bishops worldwide to come clean on sexual abuse by priests has cast a shadow of guilt on every man wearing a clerical collar.

When you deny victims access to criminal and civil justice, you deny EVERYONE access to justice. Even the accused.

Who suffers when corporations internally investigate sexual abuse by agents, employees and other stakeholders? Everyone. Victims are disenfranchised and denied justice, wrong-doers go free, other accused are denied access to defense, and cover-up becomes the order of the day.

If you have been abused, or have seen or suspected abuse, call law enforcement, no matter how long ago the abuse occurred. Investigate your rights in the civil justice system. Refuse to report to internal review systems in churches, schools and other institutions.

Our justice system isn’t perfect. But at least its priorities are to protect the rights of both crime victims and those accused of crime, justice, transparency and accountability. The justice system IS in the investigation business.

And there is no for- or nonprofit corporate body that can say that same.