St. John’s University in Collegeville, MN calls itself a “College of Distinction.” But in courtrooms in California and Minnesota, the Benedictine university also being called a predatory fundraiser and has been slapped with allegations of elder abuse. 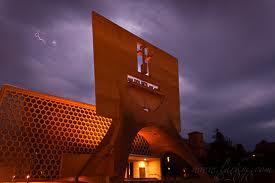 Patrick Marker at Behind the Pine Curtain broke the story that:

According to legal documents, Saint John’s is accused of:

The story is still developing, and I will report more as I learn it.

For those of you who don’t know about St. John’s: more than fifty members of  the St. John’s community – including OSB monks, priests, visiting priests, seminarians and lay personnel – have been credibly accused of abuse since 1940. That’s a huge number of predators from a school as small as St. John’s, which only has approximately 2000 students. It’s smaller than the average high school.

It’s not a far stretch to see how a school whose officials covered-up for that many predators could also cover up alleged financial elder abuse.

(St. John’s is also the alma mater of my friend and colleague Patrick Wall, who has dedicated his post-priesthood career to helping the victims at St. John’s and other Catholic schools, churches and institutions.)