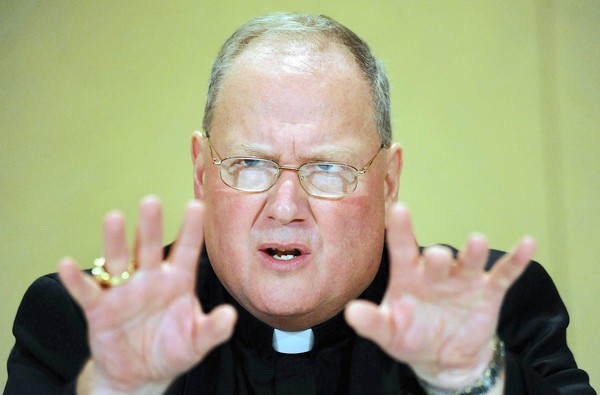 Yesterday, NY Cardinal Timothy Dolan announced the The Independent Reconciliation and Compensation Program, a plan to compensate victims of child sexual abuse in the Archdiocese of New York.

There are great articles discussing the neutral and negative aspects of the plan, but before any survivor begins the process of working with the committee, there are a few details that I want to point out.

According to the FAQ:

A claim may be made only against a priest or deacon of the Archdiocese of New York and no other diocese or religious order.

So, if you were sexually abused by a teacher in the employ of the Archdiocese of NY  – like the teacher at Loyola School who molested seven girls – you’re out of luck.

If you were abused by a member of a religious order (like the Christian Brothers) who are only allowed to work in the Archdiocese if they have the explicit permission of the Archbishop – you’re out of luck, too.

Archdiocese allowed to hide “proof” that victims need for healing

The FAQ goes on to state

[Y]ou will be required to submit documentation to show evidence of the nature, frequency, location and time of the alleged sexual abuse.

Why do you think that victims use civil law to seek justice? Because the proof LIVES IN THE SECRET FILES.

For example, in my own case, I received more than 200 pages of secret personnel files—including the signed confession of my abuser. The Diocese of Orange (where my abuse occurred) had the proof all along.

Most children who are sexually abused don’t have the wherewithal to collect signed affidavits to prove their abuse. That’s why they use the courts later on—to find out what the church knew and when they knew it.

The Archdiocese has decades of proof and evidence of abuse. And church officials don’t have to reveal any of it.

Victims must have come forward previously

In this initial phase, you must have previously notified the Archdiocese of an allegation of such abuse.

So even if the Archdiocese knows full well that you are a victim, they can shut you out because you did not follow their exact protocol before yesterday.

There is no guarantee that abusers will be exposed or removed

This is the kicker. We will never get to know who the predators are and/or if they are still working with children and communities inside or outside the Archdiocese.

What happens to the victim who gets compensation, only to learn that the man who abused him or her is hiding in plain site with access to children?

There is no healing in that.

2 thoughts on “The Devil is in the Details”