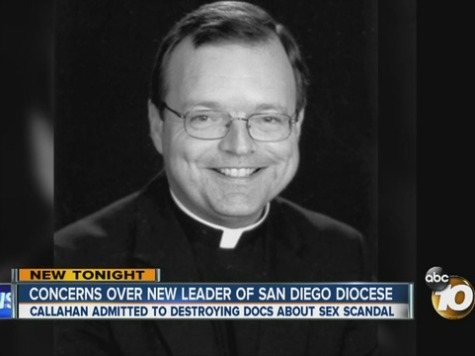 A controversial priest accused of covering up abuse in the Diocese of San Diego is in charge of taking victims calls and emails.

Msgr. Steven Callahan shot to the spotlight in 2014 after he became the temporary diocesan administrator after the death of Cirilo Flores.

In 2007, Callahan testified that he destroyed evidence of child sex abuse and cover-up.

But now, if you are a victim of abuse, a witness, or a whistleblower, he is the guy you call or email to report what you know.

Why would anyone—especially a victim of abuse—believe that he would do the right thing?

Why would the new bishop, Robert McElroy, EVER think that putting Callahan in this position is a good idea?

Any iota of good faith that I may have had for the new bishop is gone.

But you have to hand it to the Diocese of San Diego: At least they don’t pretend that they care about transparency.