If you are in the Sacramento area, I hope you can join us. I think that Sacramento Bishop Jaime Soto has said, “Report abuse to the Diocese,” so many times, that he thinks it’s the right thing to do. (P.S. Even the Pope says to call the cops first)

It urges Sacramento prelate to attend court hearing on Friday

SNAP to Soto: “Teach your flock how to back cleric without hurting victims”

“Stop telling victims to report to the church, tell them to call cops instead,” they say

What: Holding signs and childhood photos, child sex abuse victims and their supporters will try to hand-deliver a letter to Sacramento’s Catholic bishop urging him to:

The group will also blast the bishop for continuing to ask victims to report crimes to church officials instead of law enforcement.

Where: Outside of the Sacramento Diocese headquarters, 2110 Broadway (at 19th) in Sacramento

Who: Two-to-three victims of child sex abuse who are members of a support group called SNAP, the Survivors Network of those Abused by Priests, including a California woman who is the group’s Western Regional Director.

Why: Fr. Uriel Ojeda, a Redding-area priest, was arrested in December. He faces criminal charges of sexually abusing a child under 14 and will be in court on Friday for his preliminary hearing. 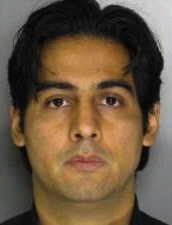 SNAP says that Sacramento Bishop Jaime Soto is not doing enough to help victims and witnesses in the case and is hindering prosecution by his “continued secrecy.”

According to press reports and the prosecutor, Ojeda confessed his crimes to a church-paid private investigator.

SNAP wants Soto to make the investigator’s report public to help enable more victims, witnesses and whistleblowers to speak up, help police, get therapy, protect others and start healing. Disclosing the report would also protect kids, since some parents still believe Ojeda is innocent.

At earlier court hearings, dozens of Ojeda’s supporters filled the courtroom, said they disbelieved the charges and released helium balloons to “celebrate” the admitted predator’s release on bail.

“These parishioners are unintentionally scaring and silencing victims and witnesses,” said Joelle Casteix of Newport Beach, SNAP Western Regional Director. “Soto should insist that these confused Catholics back accused predators quietly, so no other victims, witnesses or whistleblowers are hurt more or scared into staying silent. By his inaction, Soto is hurting law enforcement officials in this case and others.”

SNAP is urging Soto to attend the Friday hearing and personally show Ojeda’s supporters how to show respect for victims and survivors while quietly supporting the priest.

The group also asking Soto to post on diocesan and parish websites an educational pamphlet “What to do when your priest is accused.”

Finally, the group is blasting Soto for telling victims to report crimes to church officials.

“Even Pope Benedict has said that victims should report crimes to civil authorities,” Casteix said. “Our experience has shown us that victims and witnesses must report to law enforcement in order for predators and enablers to be prosecuted and kept away from kids. By telling victims to call the church, Soto is recklessly endangering kids by delaying criminal justice. It’s not the Bishop’s job to determine what is or isn’t a crime. That’s why we have police and prosecutors.”

Copies of the letter and the educational flier will be available at the event.