No one—I repeat: NO ONE— wants to get in front of television cameras and say that they were sexually abused. But when someone does, and does it in an eloquent, emotional and powerful way, that person changes the world. 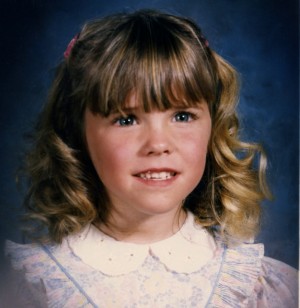 According to Bohman, her family members, and a lawsuit she just filed in Kern County Superior Court, Jessica was sexually abused by Foursquare Church youth minister Damon Young from when she was approximately 4 until she was 8 years old.  Damon was 14.

But his young age didn’t stop Damon from admitting to abusing her and other girls at the church. (I hope to post a copy of the police report soon.) According to the lawsuit, he’d brazenly take Jessica out of church day care and molest her while her parents were at church services, even though, according to the lawsuit, Foursquare church officials knew he was acting inappropriately around the young girls. When I saw “inappropriate,” I mean that he would rub his crotch against little girls when adults were around. This is bad stuff. There is no question that the Young should have been immediately pulled out of youth ministry, the police called and the kids helped. But no one picked up the phone to report their suspicions.

When Jessica had a sex ed class in junior high, she suddenly realized that what happened to her was very, very wrong.

Jessica and her family came forward and told church officials that Damon had done things far more heinous to the girl than “crotch rubbing.” What did Foursquare do? Buried it and silenced Jessica. Foursquare officials didn’t report (as required by law) and conned the family into thinking that the right thing to do would be to put the girl in church counseling. Foursquare didn’t report Young after he admitted that he abused Jessica and other girls. The Foursquare church STILL hasn’t reported. Instead, just let him keep working with kids, and manipulated the Prater family into thinking that the church was doing everything properly.

We’ve seen this before. Why? People want to believe that the leaders of the church where they worship God, baptize their children, marry their spouses, bless the dying, feed the poor and bury the dead are doing the right thing. We delude ourselves when we superimpose God-like morality to humans. (Just look at the recent, non-sex-abuse news out of the Catholic church for the latest in “delusions of morality.”) No one wants to think that their beloved priest, minister, deacon, reverend or bishop is the kind of person loves and protects child molesters over kids. It’s the classic “What would Jesus do?” moment in Bizzaro World.

But Jessica did something that very few victims do. She came forward, used her name, and spoke publicly about the abuse. Her reasoning: there are other victims out there who CAN put Young behind bars. She wants them to know that it is safe and RIGHT to come forward. I can’t recall the last time I have seen such elegance and eloquence from a victim who is—at 29—still so young.

7 thoughts on “A Recipe for Child Protection: Add One Part Hero”