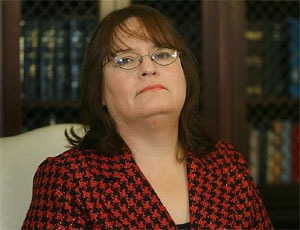 Rita Milla had a horror story.

It was a story that no one could believe.

It was 1978. The California teenager said she was being sexually abused by seven priests from the Philippines. She was 16.

Then she got pregnant. One of the priests, Santiago Tamayo, urged her to have an abortion. When she wouldn’t, he and the father of the child, Father Valentine Tugade, convinced Rita’s mother to send the now-19-year-old to the Philippines, where she could have the child in secret. Rita’s mother didn’t know her daughter was pregnant.

Rita gave birth to a healthy and beautiful daughter. In 1983, Rita went public.

Milla and her family demanded answers from the Archdiocese. All hell broke loose.

The priests scattered … All under the protection of the Archdiocese of Los Angeles and bishops in the Philippines.

Why? Rita’s allegations had merit.

Santiago Tamayo fled to Hawaii and then the Philippines. There, he continued to act as a priest, with the blessing of his local bishop and a monthly check from the Archdiocese of Los Angeles.

According to The Daily Breeze:

That was around the same time that Tamayo and the other priests fled to the Philippines to escape criminal investigation and civil litigation.

Tamayo’s file is dominated by memos and correspondence between Cardinal Roger Mahony and Monsignor Thomas Curry, the vicar of clergy, on how to keep Tamayo out of the country. There is also a letter in the file written to the cardinal in 2002 from a man alleging he was also abused by Tamayo. | Related: Exhibit 50, Page 18

Tamayo he continued to work as a priest in the Philippines. He died in 1996.

Another one of the accused, Fr. Angel Cruces was an extern priest (a “borrowed” priest) from the Diocese of Nueva Segovia, Philippines.

The Archdiocese of Los Angeles said he could no longer minister there in 1984, when Rita went public. But that didn’t stop his home diocese in the Philippines from giving the priest a letter of recommendation to work in Brooklyn in the 1990s. That’s the only way that Cruces could end up in Brooklyn. He would need a “letter of good standing” from his home bishop.

The file also shows that Fr. Angel’s archbishop in the Philippines attempted to step in and asked Los Angeles to make the whole situation “go away.”

A DNA test proved that Father Valentine Tugade was the father of Rita’s daughter. He never apologized. Like the rest of Rita’s accused assailants, he fled to the Philippines to escape prosecution. Tugade’s whereabouts are unknown. But he may have ended up back in California. It’s quite possible he’s dead.

He certainly wasn’t kicked out of the priesthood for fathering a child with an unwilling woman. Readers of this blog series already knew that wasn’t an issue. The Catholic Church in the Philippines has long allowed a “one-child” policy for its priests.

Rita is doing great, by the way. She’s a strong, smart, and engaging woman, who never ceases to amaze me.