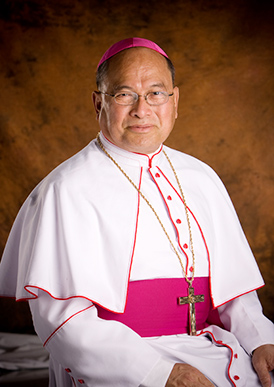 Even I was guilty of assuming that Archdiocese of Agaña (Guam) Archbishop Anthony Apuron was charged with child sexual abuse in his current and highly publicized Vatican Tribunal.

But then I learned:

Charges in a Vatican Tribunal are secret.

From The Tablet (UK):

Asked if [Guam] archbishop [Anthony Apuron] was also being charged for financial mismanagement, not just alleged child abuse, Archbishop Byrnes told reporters he did not know what the charges ended up being, but that they would be published eventually after the Vatican judges deliberated. (emphasis mine)

Guam’s Catholics and the public are under the assumption that Apuron’s Vatican trial is for child sexual abuse. The Vatican and Apuron’s lawyers, I believe, are taking that assumption and running with it.

Byrnes admitted that he has no idea what the charges against Apuron are. He is the highest ranking cleric in the Archdiocese of Agaña, Guam. He was the man hand-picked to replace Apuron.

And he says has NO IDEA WHAT THE CHARGES ARE.

What about the victim depositions?

Although Apuron’s alleged victims have been deposed (without their legal counsel, of course, and under the “Pontifical Secret”), they could be supplementary witnesses in the other possible charges against Apuron. Remember, he has been accused of everything from financial mismanagement to “widespread disarray of church operations.”

If we don’t know what the charges are, how can we even be assured of the outcome?