Some of the Boy Scouts of America “perversion files” are going to be posted online next week. The documents – in which all victims’ names will be redacted – will outline the more than 80-year history of sex abuse and cover-up in the Boy Scouts. 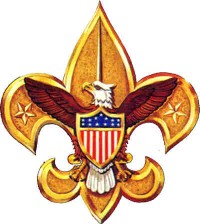 The list of “ineligible” volunteers – men who had allegedly abused young Scouts – is already posted. The leadership of the Scouts knew that these adults were predators, yet didn’t call the cops, didn’t warn parents, and didn’t follow up to ensure that these predators didn’t volunteer in other troops.

On to my proposal: Disband the Scouts

It’s the same thing that I think should happen to Orange County’s All American Boys Chorus. The chorus was founded in 1970 by pedophile Richard Coughlin (a predator priest sent to Orange County from the Boston Archdiocese, where he molested numerous boys in Massachusetts and New Hampshire). In his 23-year history with the choir, Coughlin (public records show) abused at least 9 All American Boys Chorus members. I personally know seven more Coughlin victims who could never come forward because of lapsed statues of limitations. Coughlin was not the only predator who worked at the AABC.

The Boy Scouts, like the All American Boys Chorus, (AABC) MUST be disbanded. All of the good work of Eagle Scouts cannot make up for the wanton sex abuse of one boy, let alone a history of sex abuse and cover-up that ravaged countless children across the country.

I can anticipate the argument: “But Joelle, that’s in the past. Look at all of the good things the Scouts are doing now.”

Hogwash. If it were your son who was abused in the Scouts (with full knowledge of Scout officials), I believe you would agree with me.

Or what if your son were abused in the All American Boys Chorus, and then committed suicide do the shame and pain of this abuse?

How many boys committed suicide because of the abuse they endured in the Scouts? We will never know.

If your foundation is one of crime, abuse, cover-up and the sexual molestation of innocent boys, you LACK foundation. Disband and make a positive difference for change. But don’t tell me that the Scouts “are different now,” or you run your pack differently. Because, as I just said, if your founding principles and history are rotten … rotten your group shall remain.

Or else, why would the Boy Scouts launch a legal battle against victims?

If it weren’t for the whole “sovereign nation” thing, I would propose the same for the Vatican. But that’s not so modest.

Finally: Kudos to attorney Timothy Kosnoff, whose team compiled the list on behalf of their clients who were victimized in Boy Scouts. Apparently, this list is only the tip of the iceberg.