Many California victims born after 1977 still may have legal rights to expose abuse, get justice and keep kids safe right now. 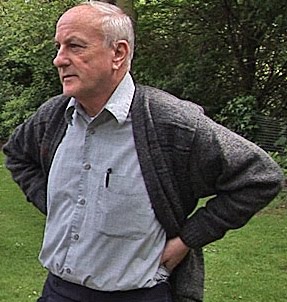 She is the latest of former cleric’s dozens of victims

Anyone born after 1977 still has legal rights, they say

Another alleged victim of a notorious Stockton Catholic predator priest, who was convicted of and deported for child sex crimes, has filed a sex abuse and cover-up lawsuit in San Joaquin County Superior Court.

The woman, Jane Doe 51, charges that she was sexually abused by ex-cleric Oliver O’Grady in 1991-1992, when she was 11 and 12 years old. According to the suit, the abuse took place at St. Andrew’s parish in San Andreas.

Members of a support group called SNAP, the Survivors Network of those Abused by Priests, think that this may not be the last O’Grady victim to come forward.

“How many more O’Grady victims are suffering in silence?” said Joelle Casteix of Newport Beach, SNAP’s volunteer Western Regional Director. “O’Grady destroyed children across Stockton, yet his bosses did little to protect children – and even less to help victims. I fear there may be many more victims who don’t know they have rights to seek justice.”

“The tried-and-true civil justice system does work for many victims,” said Casteix. “Civil courts have enabled victims to expose predators, unearthed hidden evidence and shed light on sex abuse and cover-up in the church and other institutions. By coming forward, victims can help keep kids safe right now.”

In 1993, O’Grady was convicted of four counts of “lewd and lascivious acts” against two boys from Turlock, where O’Grady worked before San Andreas. Despite a 14-year sentence at Mule Creek State Prison, O’Grady was released after only seven years and deported to Ireland.  In 1998, the two boys, Joh (Note: this is correct spellling) and James Howard, won a $30 million verdict against the Stockton Diocese. The jury in the case agreed that Stockton Diocese officials, including former bishop -now retired cardinal-Roger Mahony knew about O’Grady’s actions and did little to nothing to protect the boys.

O’Grady was the subject of the 2006 Oscar-nominated documentary Deliver Us From Evil. In the film, he admits to molesting dozens of children and writes apology letters to some of them.

O’Grady is currently in an Irish prison serving a three-year sentence for child pornography.

This is the second O’Grady sex abuse lawsuit filed against the Diocese of Stockton this year. In May, a 25-year-old man reported that O’Grady abused him at St. Andrews, the same parish where Jane Doe was abused.

Earlier this year, another sex abuse lawsuit against the Diocese and Stockton priest Fr. Michael Kelly went to trial in April. After a jury unanimously found Kelly civilly guilty of the abuse, Kelly fled to Ireland. The case later settled for $3.75 million. A second case against Kelly was filed last week.