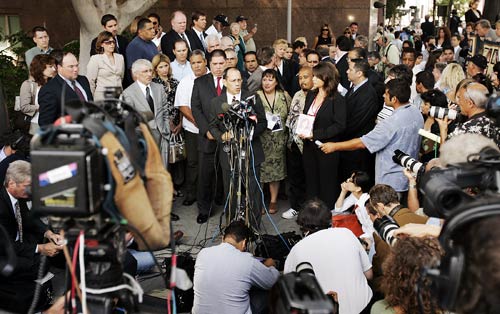 This weekend marks the five-year anniversary of the 2007 Los Angeles Archdiocese’s $660 million settlement with more than 500 victims of child sexual abuse by priests, religious, employees and volunteers. While the financial settlement has allowed many Los Angeles victims to get therapy, healing and a sense of justice, the real reason many of these victims came forward still remains elusive.

To date, the public still has not seen the tens of thousands of pages of sex abuse and cover-up documents. Those are still “stuck in the system,” and the latest ruling by an LA judge will require that all names in the documents be redacted.

Hundreds of former priests are still living unmonitored and unsupervised in communities full of children. Although the LA Archdiocese pays for retirements of many of these men, they refuse to take responsibility for the safety of children around these known predators.

And Cardinal Roger Mahony, who supervised many of these predator clerics? Well, he’s enjoying retirement.

Despite this, we cannot ignore the bravery and tenacity of the Los Angeles victims who fought long and hard – and received more justice than thousands of victims across the nation. Fortunately, the fight for justice is not over.

3 thoughts on “A Bittersweet Anniversary”