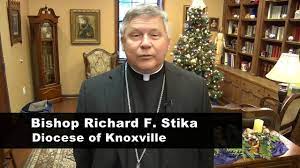 Here are a boatload of questions for you:

According to PBS Newshour:

President Joe Biden on Wednesday signed legislation curbing the use of confidentiality agreements that block victims of sexual harassment from speaking publicly about misconduct in the workplace.

White House press secretary Karine Jean-Pierre said Biden had acted on the bipartisan Speak Out Act, which bars the use of nondisclosure agreements that employees or contractors are required to sign, often as a condition of employment.

The new law, among the workplace changes pushed in the wake of the #MeToo movement, applies to any nondisclosure agreements, also known as NDAs, signed before a dispute has occurred. (emphasis mine)

Now, let’s look at the bylaws of the lay review board for the Diocese of Knoxville (specifically requirement g on page two):

Hmmm … an NDA? The diocese is a workplace, no? Sexual abuse of children and vulnerable people by clergy is sexual assault at the workplace of the clergy member, right?

And … what happens if a board member breaks the NDA? What kind of teeth does this document have?

So who’s side are the board members on? Once they sign that NDA, they are no longer on the side of victims of abuse.

And … Now, I think that little NDA is against the law. Certainly the spirit of the law.