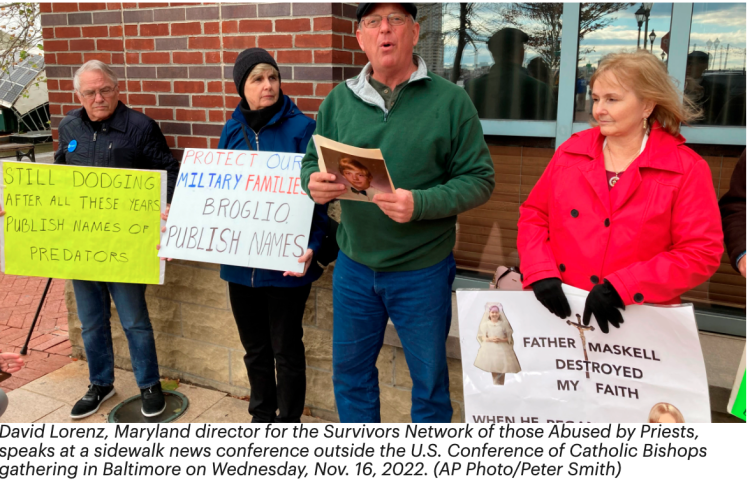 From the Maryland Daily Record:

A 456-page report from the Maryland Attorney General’s Office identifies 158 Catholic priests accused of sexual abuse, including 43 that were never publicly named by the Archdiocese of Baltimore, as part of a four-year investigation into the history of child sexual abuse by members of the clergy.

The investigation also identified more than 600 victims of sexual abuse, according to a new court filing.

The report, which is still under seal, will rival similar searing reports out of Pennsylvania and Colorado. We will have to wait for a judge to release the full report.

Lawmakers in Maryland have continually shut survivors out of the civil courts, refusing to pass window legislation like we have seen in California, Hawaii, Delaware, New York, New Jersey and many other states.

Perhaps this report will finally change their minds.

The time has come to help the survivors and give them the dignity and power they deserve.

To see how you can help on the ground in Maryland, the best place to start is to reach out to SNAP National and SNAP Maryland. Be patient—the organization is primarily operated by volunteers.