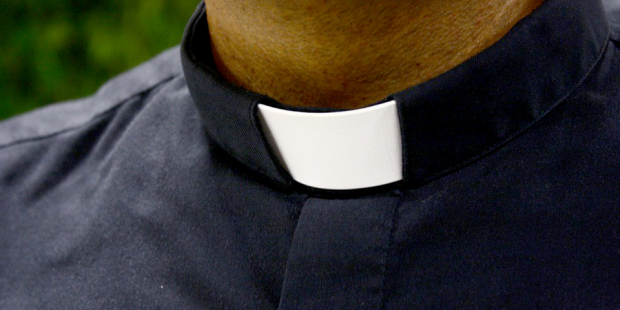 In honor of Father’s Day, the LA Times published an essay by author Mimi Bull. The catch? Her father was a practicing Catholic priest.

No one reading the essay will be satisfied.

Mimi’s mother was forced into a life of secrecy and shame, unable to acknowledge the daughter she loved until Mimi was well into adulthood. Mimi was deprived of a father—only told that he was a priest well after his death, as well as the death of her mother.

And the priest? Well, we don’t know how old Mimi’s mother was from the essay (I have yet to read Mimi’s book). But regardless, whether Mimi’s mother was a minor or an adult, a priest is a man of ultimate power who, in the Catholic tradition, holds the keys to heaven. That’s an exploitive relationship. Mimi’s mother didn’t stand a chance.

The church certainly won’t be satisfied with the publication of this essay. Sure, Mimi’s mother and father kept their secret to the grave. But Mimi is living, breathing evidence of how children are sacrificed to keep up the appearances of the church.

I wish I could say that Mimi’s is an isolated experience. Unfortunately, I know numerous children of priests. Many of these men and women struggle with identity; are rejected, re-victimized, and marginalized by the church; and, often, are the product of child sexual abuse. Some children go on to discover that their priest father had numerous “families” and multiple children with many women.

When you very identity is wrapped in shame, how do you find wholeness and healing?

Bull’s essay is over-edited and simplified for publication. I believe that there was much more that she wanted to say—but this was a Father’s Day piece. There is a lot of love and forgiveness in her text. I am not so forgiving.

Here is my point: When a priest fathers a child, there are no winners. Everyone—especially the innocent child—is hurt. No one escapes damage.

There are support groups globally for children of priests. Even the Vatican has “secret guidelines” on how to address the issue.

If you are the child of a priest, you are not alone. You are not shameful. You are a perfect, beautiful human being. There is help and there are people available who want to listen.