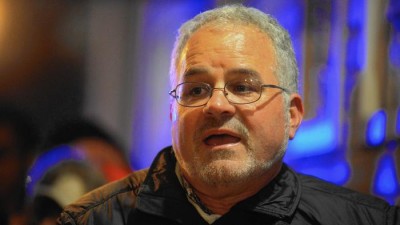 Not fake news. They’re really doing it. And Edward James Olmos is gonna be there, too.

Bruce Wellems is a problematic guy, to say the least.

He’s even admitted to molesting the alleged victim.

But the San Gabriel Mission (where he was working when he was banned from Los Angeles—and whose leadership is well aware of everything I have written here) is still honoring him at their May 25 Build the Dreams Scholarship Fundraiser, alongside actor Edward James Olmos.

My sources tell me that Olmos has known for more than a year about Wellems. We will see if he pulls out of the event.

The folks at the mission are going to say that Wellems is not to blame here because the abuse happened before Wellems was a priest. Wellems was 15 and the victim was seven years old.

But I ask you this: does that make the abuse feel any different to the seven-year-old?

I will also say this: in all of the interviews that Wellems has done regarding the abuse and the lawsuit, not once has he apologized to the victim. Not once has he acknowledged that he hurt a little boy and his family. Not once has he said he was sorry. And at every turn, he has minimized the abuse, called himself a victim, and spent years covering it up when his victim sought justice.

But if two archdioceses and a religious order decide independently that Bruce Wellems is unfit for the priesthood, something tells me that there is much more here than meets the eye.

If Archbishop Gomez and Cardinal Cupich are half the pastoral leaders they claim to be, they’ll step in and put an end to this nonsense immediately.