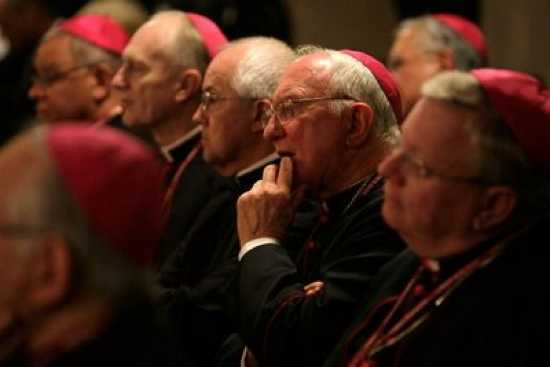 Woe unto you that are rich! for ye have received your consolation (Luke 6:24–26)

The Survivors Network of those Abused by Priests, one of the main organizations for whom I volunteer my advocacy efforts (and to whom I donate), has recently been under siege in Missouri.

Catholic bishops there (under the direction of the Catholic League’s Bill Donohue and a coalition of high-ranking U.S. Bishops, we have learned), have drawn SNAP into two lawsuits, asking for 20+ years of confidential correspondence with survivors and the press, and deposing executive director David Clohessy.

From the New York Times:

Donohue said leading bishops he knew had resolved to fight back more aggressively against the group: “The bishops have come together collectively. I can’t give you the names, but there’s a growing consensus on the part of the bishops that they had better toughen up and go out and buy some good lawyers to get tough. We don’t need altar boys.”

SNAP is NOT a plaintiff in either lawsuit, and has had no contact whatsoever with the alleged victim in the case where Clohessy was deposed. (Note, this is the same Diocese under indictment for child endangerment)

You can read the whole story about the cases in the New York Times here, and read their editorial here.

The goal of the bishops? Bankrupt SNAP.

I have not commented on the events for a number of reasons. I didn’t want to be distracted from my primary work. I didn’t also didn’t want to draw the ire and wrath of the people driving the bus over my colleagues. But mostly, I didn’t comment because it made me sad. Very, very sad.

I suppose I really wished that the Catholic Church would live up to the New Testament values that they taught me as a child. Things like, “love your enemy,” and verse 10 of the Beatitudes, “Blessed are they that suffer persecution for justice’ sake, for theirs is the kingdom of heaven.”

When push comes to shove, that’s all that victims have ever wanted: justice. The only reason now that victims are using the court system is because Catholic officials did not do the right thing in the first place. They didn’t call the cops. They didn’t protect kids. And when victims (like me) came forward to our bishops, church officials lied to us. The only way to get truth was through civil justice.

But like many people, I still hold a particular naiveté. A part of me thought that while the Bishops may not agree with SNAP and certainly do not like SNAP, they believe that the group has the right to exist. It makes me sad when people like Bill Donohue and others resort to name calling and “sneaking into” the SNAP convention (which is open to the public).

And I can’t help but make a biblical comparison to David and Goliath. SNAP’s operating budget last year was in the $300-400,000 range. That’s less than the operating budget of a FAILING parish.

But with that shoestring, they were able to talk to hundreds of survivors who called the help line or reached out to the dozens of local leaders, refer many of those people to therapists, launch a complaint with the ICC (which sent 5 SNAP leaders to Europe in the hopes of raising awareness to crimes committed by the Vatican), and help people who are hurting.

The vast majority of that work is done by volunteers, like me. Many volunteers are still practicing Catholics (far from the “menace” we are made out to be).

Time will tell, but I believe that these efforts by the Bishops will backfire horribly. The first reason is clear: volunteers like myself and the local leaders in almost every state will keep plugging along. We’ll keep answering our phone and email, paying for the helpline, holding meetings, helping survivors through the healing process, and raising awareness. We don’t collect paychecks from SNAP. If the budget of the organization is gone, we’ll just go back to the “old days” when SNAP was truly a network. It will be tough, but we will muddle through. Why? Because the call for justice and healing is too strong to ignore.

The Bishops and their team are slowly alienating almost every member of their base. First, by not following their own biblical teachings, and second, by shutting down any kind of dialogue with the Faithful, victims, and the community.

They are bullies. And I pity them.

5 thoughts on “Putting the “Bully” in the religious Bully Pulpit”