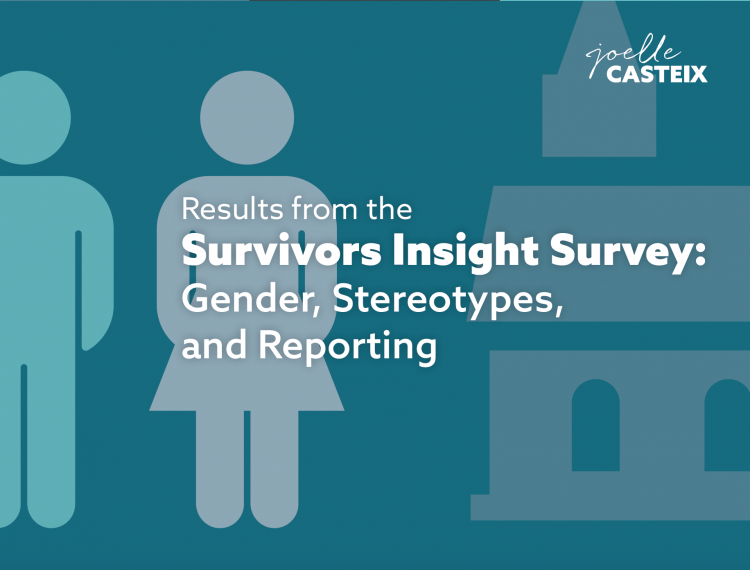 What if the cornerstone of our conventional wisdom about the victims of the Catholic Church and clergy sex abuse crisis was wrong?

What if, in a statistically viable sample of survivors of abuse in the Catholic Church, 50% of respondents were female? What if you also knew that this result is almost statically impossible to achieve with the conventional wisdom, which says that boys outnumber girls four to one?

Would that change how you, the church, advocacy groups, and the general public respond to the crisis?

The results of my Survivors Insight Survey are in. You can read the white paper here.

According to the survey:

51% of respondents were female.

40% of clergy predators were not on any diocese “list.”

Respondents said women are disenfranchised in the entire “system”

According to the church’s reported numbers on abuse—such as the 2004 John Jay Study on Abuse—male victims outnumber female victims of clergy sex abuse four-to-one. This fits a preferred church narrative: that the sex abuse crisis is the fault of “homosexual priests.” This is the exact opposite of male to female ratio of victims of child sex abuse in the general population.

The survey showed that female survivors don’t come forward due to victim-shaming, and lack of gender equity in church/civil litigation.

Many women respondents stated that their abuse “wasn’t as important or awful as the abuse of boys … or women thought that what happened to them didn’t qualify as abuse, because they did something to invite and condone it.”

Other factors keeping women coming forward, according to the survey results, include female victim-shaming within the Catholic Church (with clergy engaging in victim-blaming and propagation of rape myths), lack of gender equity and transparency in personal injury sex abuse settlements, and the lack of women attorneys representing victims of clergy sex abuse.

Many women respondents said that they believed that attorneys for victims only represented boys who had been abused.

Church leaders are not disclosing names of abusers

Approximately 40% of respondents said that the person who abused them was not on any list published by a diocese or religious order. Who are these alleged predators? Are they still working with children?

What are church leaders not telling the public? What is the risk that still exists?

Church leaders are pointing prevention programs in the wrong direction

If 90% of accused abusers are members of the clergy, the current focus of prevention, screening and reporting (which focuses on employees and volunteers) is not effective. The results show that we are in the midst of a clergy sex abuse crisis, not a ‘volunteer sex abuse crisis.’

When the reporting structure requires people to report to those who comprise the majority of abusers, are reports taken seriously? In other words, human nature shows us a priest, brother or nun is far more likely to discount reports about their peers—or do their best to protect the accused.

The survey also tracked respondents’ opinions on advocacy groups such as the Survivors Network of those Abused by Priests, the usage of the terms “survivor” and “victim,” and survivors’ views of civil litigation and church-run compensation programs.

During the past 20 years, I felt that the gender demographics of the survivor population did not reflect the numbers that the church, media, and other advocates were reporting. I wanted to find out what the real numbers were. Why weren’t women being counted?

How was the survey administered?

The survey, administered in February and March of 2020, asked subjective and objective questions to a statistically viable sample of survivors in the United States. The results were interpreted with the help of an independent statistician.

But this was not a randomized, scientific sample. Should we take it seriously?

I have received pushback on my results and conclusions because I was unable to produce a randomized, scientific sample. There are a million ways that people can try to discount my findings. But that doesn’t take away the fact that there are women who are not coming forward and, subsequently, children who are still at risk.

But think about this for a moment: every statistic we have on sexual abuse in the Catholic Church is self-reported by victims or the church.

The John Jay Report on Abuse was self-reported by the bishops. Grand Jury Reports rely upon survivors to come forward and documents provided (or seized) from the church. Because of the nature of child sexual abuse, it is virtually impossible to create a randomized study.

When it comes to ‘coming forward,’ women see a sea of powerful male adversaries. It causes them to question their experience and return to shame.

What do we do now?

We can look at this data and change the way we communicate with and aid the survivor community.

We can try to think a little differently.

We can communicate with more compassion.

We can work to stop the cycle of abuse in the Catholic Church.