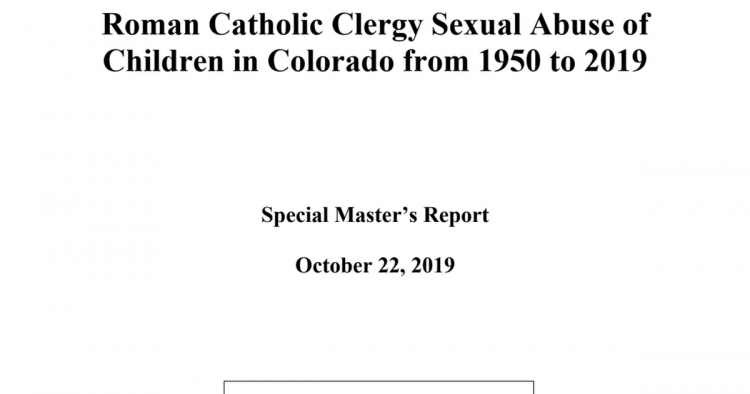 Legislative work can be complicated. Take my word for it. And sometimes the hardest decision to make is the best one: if a law protects predators, it’s not a good law.

That is what happened in Colorado. And Colorado did the right thing.

Yesterday, the sponsors of a potential law to help future victims of child sexual abuse decided to pull the bill. The move caused confusion and disappointment among advocacy groups, but the sponsors knew they had a solid reason.

The pulled bill—Colorado HB 1296—only applied to survivors in the future. That’s called a “prospective” bill. What the bill didn’t do—and what sponsor state Senator Julie Gonzales realized was the essential element—was open the courthouse doors for past victims of abuse.

Why is this so important?

A damning report on the cover-up of sexual abuse in Colorado showed that for decades, Catholic Church officials knew that predator priests were targeting kids and did nothing, lied to parents and communities, or helped foster the abuse.

The Special Masters Report was a bombshell, exposing 70 years of child sexual abuse in the state. Twenty-six new predators were exposed, and another 11 were described, but not named.

In one of the cases, one of the most prolific Colorado predators—Fr. Harold White—wrote to the Denver archbishop while in treatment after abusing his ~25th victim. He told the archbishop he was considering giving up the priesthood. The archbishop, according to the report, “talked him out of it” (Page 133, ix). Instead, the archbishop sent White to Sterling, Colorado, a farming community on the eastern plains. He went on to abuse at least 38 more children throughout his career.

White’s story is horrific. But what is worse is what we DON’T know. We don’t know who the 11 unidentified predator priests in the report are.

We don’t know if there are predators still in ministry.

We don’t know if there were priests, nuns, volunteers, or teachers removed from ministry or jobs for preying on kids, and then sent into YOUR community with a letter of recommendation and a smile.

The only way we can find out—and protect children who are at risk RIGHT NOW—is to allow the victims from yesterday to use the courts to expose predators and cover-up.

The vehicle to do that is called a “civil window,” and Gonzales is pulling her bill until she gets it.

Right now (even in the midst of COVID and protests against racial injustice), civil windows are working for victims. New York, New Jersey, Arizona and California currently have active windows, and when the courts are open, dozens of predators (and cover-up) are exposed weekly. Hawaii’s recent civil window exposed dozens and dozens of predators across the state, including at the prestigious Punahou School.

Many of the accused are still priests or religious or teachers or camp counselors or scout leaders, etc., in schools and communities and still active with children. Even if the predator is dead, the system that protected him/her still thrives.

If you don’t expose those who cover-up and foster the evil, is there truly change? If survivors cannot expose the abusers among us right now, how are we keeping children any safer?

A bill that ignores yesterday’s survivors is dangerous and gives a false sense of security to parents and community members. Plus, once a weak bill is passed, legislators seldom, if ever, want to go back and “fix things.”

To expose predators and cover-up, we need to do it right.

Colorado’s lawmakers did the hard—and correct—thing. And next year, we will get the bill that saves children, exposes predators, and stops the cover-up.

1 thought on “Colorado: Refusing to settle for a second rate law”