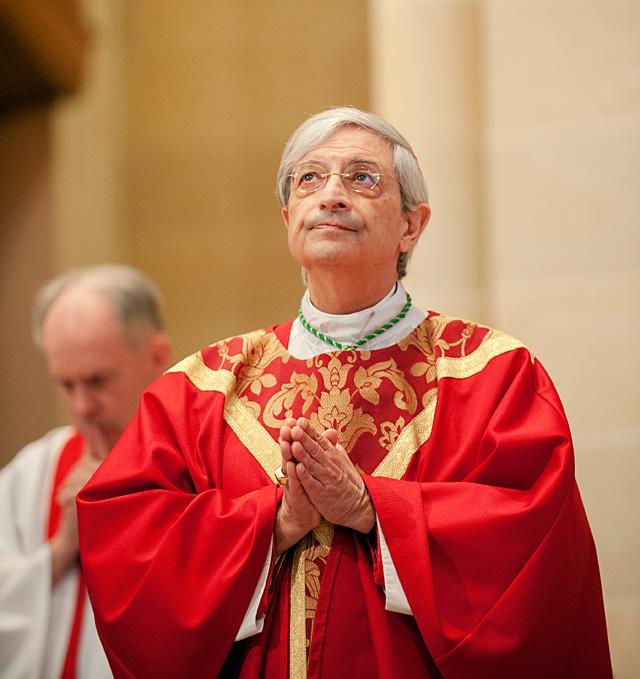 Why did the diocese choose to seek bankruptcy protection?

Bishop Matano (pictured above) is making this all about the Benjamins. He wants to elicit sympathy from parishioners, make the public think that Child Victims Act will “pull money from soup kitchens,” and scare survivors into silence by portraying them as the bad guys.

But remember: When survivors come forward, it has nothing to do with money. And the crime is NEVER the fault of the child.

The Diocese of Rochester let kids be sexually abused and raped for decades and then covered up the abuse and forced survivors into silence. These lawsuits are about exposing abusers, punishing wrongdoers, and keeping kids safe.

Bishop Salvatore Matano shut the courthouse doors for victims, stopped the ugly and embarrassing (for him) civil suits, and is now trying to shift the blame back onto survivors by pitting them against the Diocese of Rochester’s “ministries to the Catholic faithful.”

How many cases are there?

According to the Rochester Democrat and Chronicle, there are 59 civil suits pending against the diocese, which spans 12 counties.

But this number is misleading.

A closer look at the complaints shows that there are approximately 100 (yes, one hundred) victims who have come forward to say they were abused in the Diocese of Rochester. A number of the lawsuits filed are what I call “rodeo complaints,” that is, a single complaint lists numerous perpetrators and numerous victims.

We are only one month into the 12-month window, so we can expect the number of cases to triple, at least.

Imagine a car going 100 miles per hour on the inside lane of a four lane highway. There is an exit .00001 miles ahead that says: “Bankruptcy, exit here.”

The car doesn’t *quite* come to a screeching halt, but it makes one, hairy, life-altering swerve that no one in the passenger seats will ever forget. Will the car still get to the final destination? Yes. The route will just be a little different.

The civil proceedings will move over to the federal bankruptcy courts. Further civil action on current cases will stop and instead be determined by the federal courts and new procedural policies will be put in place for new cases filed.

I am not a mind reader, but I would not be surprised if other New York dioceses are watching things in Rochester very closely.

What should you do?