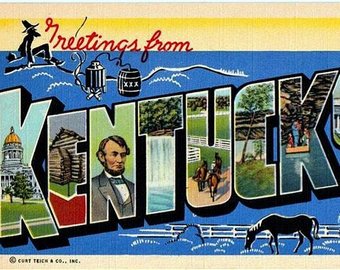 Settlement Class Actions Lawsuits are BAD for victims and BAD for transparency.

But they are mighty good for bishops.

Here is what we know about victims of child sexual abuse:

And here is what we know about class action lawsuits when it comes to child sexual abuse:

In June 2005 in the Diocese of Covington, KY, church officials there settled a class action lawsuit with an undisclosed amount of victims (newspaper reports suggest approximately 200) for $120 million.

1. No secret documents were released. No evidence of abuse or cover-up was disclosed.

From the Baltimore Sun:

The Kentucky case apparently does not require the Diocese of Covington to publicly disclose any internal church documents that could shed light on the extent of any abuse or how the diocese handled accusations against its priests.

2. No names of child predators were made public. We don’t know who the predators are. The diocese didn’t have to tell the victims.

According to the diocese’s most recent public report, it has received 205 allegations against 35 priests, nearly 10 percent of the 364 priests who have ever worked for the diocese. Sixteen of the accused priests are dead; five have been laicized, or defrocked; and 14 have been permanently removed from ministry but remain priests, the diocese said.

No names were released.

There are only 19 named credibly accused priests from the Diocese of Covington on the BishopAccountability.com database.

3. The diocese doesn’t have to pay all of the money

Yes, the settlement was $120 million. But that’s a FINAL amount. From the Washington Post:

But lawyers and victims’ advocates said there is a fundamental difference between the Covington settlement and other large settlements across the country. The fund created by the Kentucky diocese is the maximum amount it will have to pay. Depending on how many alleged victims come forward, it may spend less than the full $120 million. Any unused money will revert to the diocese.

4. The class action stripped many survivors of their rights. Born before 1980 and sexually abused in Covington? You are subject to the evil-opt out. I will go into that in more detail in my next blog post.

Let’s say that you are a survivor who had not come to terms with their abuse (or who didn’t realize that the damage they had suffered in their life was due to their abuse), or maybe you were in the depths of depression, addiction, etc., in 2004 when the opt-out passed. Or maybe you just didn’t know.

Sorry. You’re a member of the class, whether you like it or not.

What if you entered the military at age 18 and just retired this year. What if you may have an active statute in state court? Oops! Your case is in trouble. Big trouble.

What about all of the NEW predators who have been outed since 2004? And all of the new victims who have been empowered to come forward? Like the women who were told that 15-year-old girls are to blame when they are raped by priests. Nope, they are members of the class. Covington can sit pretty. They don’t have to worry their little heads about a thing. New victims are shuffled into the class. New outed perpetrators remain nicely hidden.

Wanna expose the bishop of abuse in the courts? Sorry. Get in the back of the line of the class. And they will dare you to call it a credible allegation. “You’re just in line for the money,” the bishops will say. “If you really had a case, you would sue.”

5. Outside of the named plaintiffs, other survivors will be little more than a number.

Let’s not forget what Mitchell A. Toups, one of the lead attorneys in the class-action case, told the Washington Post: the class-action suit could serve as a one-stop national clearinghouse to resolve all cases of abuse.

That’s every bishop’s dream. Line them up, assignment them a number, pay them off, kick ’em out. It’s better and easier for the bishops than an Independent Reconciliation and Compensation Fund (IRCP). I will discuss class actions vs. IRCPs in a later post.

Coming up in the next post: The Evil Opt-Out

Other posts will discuss the RICO argument, and how class actions lock the courthouse doors for many victims, the illusion of accountability, and IRCPs vs. Class Action Lawsuits