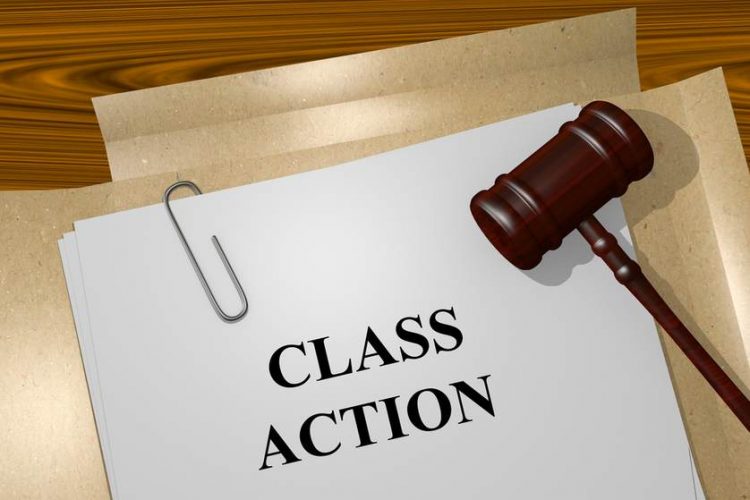 ~Part one in a multi-part series~

Class action lawsuits are a bishop’s dream and a victim’s nightmare. Let me explain:

Earlier this week, news reports discussed a federal class action lawsuit filed on Tuesday against the Vatican and the US Conference of Catholic Bishops.

What are class actions for?

Class actions, in a nutshell, are used when a group of people (the “class”) suffers the same or similar injury and damages can be standardized.

Let’s look at some typical examples:

The damage? Consumers are overpriced x dollars or x percent or millions of people are vulnerable to identity theft and are left in the dark about the risk for months. Then, a bunch of people get together and say, “Hey, we wuz robbed!” They get an attorney, form a class and file a class action lawsuit.

That’s when you (as a member of the “class”) get the formal letter in the mail that says “If you do nothing, you will be considered a member of this class and will receive a settlement.”

If you decide to do something different, that is called an “opt-out.” In general terms, if you opt-out, you maintain the right to pursue legal action at a later date. Do most people read the fine print of those emails or letters? No.

Then about twelve months later, you get a check for $3.45 or a coupon for 50% off a one-way airfare in the continental US.

Who makes the big money? The attorneys. While a large portion of the money is divided among the class, the huge chunk is given to the attorneys. Members of the class get pennies on the dollar. It’s how the math works.

Which leads us to the next question:

Why do settlement class action lawsuits not work for sex abuse victims?

There are many answers. But we will address two in this blog post:

1) Sex abuse is a personal injury in the legal sense (with focus on the PERSONAL). Every victim’s case is different and can bring forward new and unique evidence.

The six men who are the lead plaintiffs of the class have very different cases. They were abused in different states and in different dioceses. At least one was abused by an order priest. Some have received court settlements. Others have received out-of-court settlements. At least one is in a state that is currently fighting for statute of limitation reform and has never been able to file a lawsuit and be heard in court. This class action may not allow him to file a suit when the time comes (we will address that in part 3).

My own case is very different from the six men who are the lead plaintiffs in the class. I was abused by a lay person at a Catholic school and my case was covered up by the system. I am a woman. In fact, most of the victims I am talking to these days are women—women who feel silence by the media and the church’s focus on the male victims.

Women’s experiences are all very different (as are their outcomes/damages—pregnancies, abortions, children, shame because of our gender, etc.) from the men. The fact that there are no women as lead plaintiffs is a whole other issue, but let’s just focus for now on the difference in experience.

But here is one thing we can agree upon: the damage and the injury when it comes to child sexual abuse are far different than being overcharged for an airline ticket or being cheated on your gym membership.

2) Every victim deserves to be heard

The beauty of our civil justice system is that it allows for the plaintiff (the sex abuse victim) to be heard. This is why Statute of Limitation (SOL) Reform is so important. When victims are allowed access to the civil courts, they do many things:

Class action lawsuits do none of these things. Instead:

“But Joelle,” you say. “This is about RICO. You aren’t looking at the big picture.”

Oh, no. I see the big picture. It’s not class action.

So, what should survivors do?

Talk to an attorney (one who is NOT representing the class).

My opinion? Don’t join. If you are already a member, talk to an attorney. See if the class action may disqualify you or others from bringing lawsuits in state court in the future. Or, if those cases are brought to state court, is there a chance (if the class is certified) that good individual child sex abuse civil cases could get sucked into the class against the will of the victim who fought to get his or her day in court?

Remember—SOL reform allows victims to come forward when they are ready, gives each victim a voice, and exposes predators. Class actions … well … don’t do any of those things. And don’t let individual victims decide for themselves.

Think my analysis is all bunk? Don’t take my word for it. Here is what Mitchell A. Toups, one of the lead attorneys in the class-action case told the Washington Post: (emphasis mine)

Toups said the class-action suit could serve as a one-stop national clearinghouse to resolve all cases of abuse, rather than through a series of local suits. The suit estimates the proposed class may consist of over 5,000 members, whose names are already known to the church. In addition to financial damages, the suit seeks a declaratory judgment that the church must discipline and report known offenders; institute policies of transparency, to include publishing the names of all offenders; and create protocols to prevent or effectively handle future episodes of abuse.

Would a “one-stop clearing house” treat me with the dignity and respect I deserve as a victim of a horrific sex crime?

Would a “one-stop clearing house” expose what we learned in Los Angeles, Joliet, Gallup, Fairbanks, or the dozens of other dioceses in states that have or had good laws?

I do not know Mr. Toups. But his remark above shows the same lack of compassion I have heard from every bishop when it comes to sexual abuse. And it scares me to the core.

Coming up in the next post: Lessons from Covington