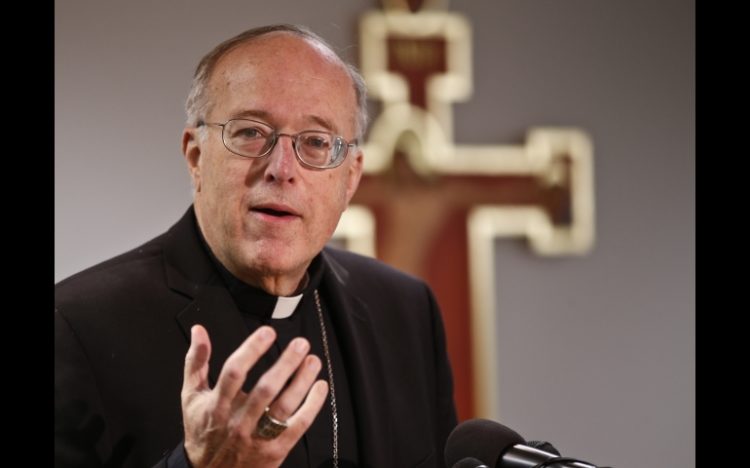 While New York, New Jersey, Pennsylvania, and other parts of the country explode with scandal and investigation into clergy sex abuse and cover-up, a little pot of disrepute is simmering in one Southern California Diocese.

The Diocese of San Diego is well known to readers of this blog.

It’s the home of  Jose Alexis Davila, who was allowed to remain a priest in three dioceses after pleading guilty to sex crimes.

It’s the diocese where the priest who admitted to destroying evidence in child sex abuse cases was assigned to answer the sex abuse hotline.

It’s the diocese that kept parishioners in the dark about one of their priests who was criminally charged (and later convicted) of criminal sexual conduct in another state.

But now, something really fishy is going on.

Bishop Robert McElroy is up to something totally different. Yesterday, he announced that they are “conducting an internal review” and will be releasing the names of previously undisclosed credibly accused priests.

The review is looking for names of priests — not yet made public — who have faced accusations of sexual misconduct with a minor, deemed credible by the San Diego diocese.

The list will include the names, status (e.g., retired) and the parishes where the priests served.  These names will be in addition to the 60 names already made public from the San Diego diocese on the online internet archive and watchdog group Bishop-Accountability.org

What wrong with this picture?

McElroy’s motives are not pure. His spokesperson admitted as much to KQED:

[Diocese of San Diego spokesperson Kevin] Eckery said the San Diego diocese is conducting the review because of media pressure.

Oh. I thought it was the right thing to do. Silly me.

Church insiders have McElroy on the short list of successors for Washington, D.C.’s Cardinal Wuerl. Is this “audit” a transparency puppet show in preparation for the big move?

Why do they need an audit anyway? The diocese already did one in 2007 as a part of their failed attempt at bankruptcy. Bishop Robert Brom published the “exhaustive list” as a part of his “pledge” of transparency. From the March 31, 2007, OC Register:

The Roman Catholic Diocese of San Diego on Friday released the names of 37 priests who have been accused of sexual abuse, following up on a pledge that it made when it filed for bankruptcy protection a month ago.

Diocese officials said the roster is an exhaustive list of priests facing “credible allegations,” listing the dates and parishes in San Diego where each served and noting the current status of each.

At least 20 are dead, according to the documents. None remain in active ministry.

So … what changed? Are these going to be men who served SINCE 2007? Doubtful. Or maybe the list just wasn’t that exhaustive. Why should we trust McElroy’s list anymore than Brom’s?

Maybe McElroy is upset because he was outed in the Vigano letter as someone who knew about and covered up for Cardinal Theodore McCarrick?

Who knows? But I do know this: San Diego is a den of abuse and cover-up. Bishop McElroy has no issues allowing men who assault women to remain in ministry. And no one should trust that any list of abusers he publishes is complete.

2 thoughts on “What’s going on in San Diego?”