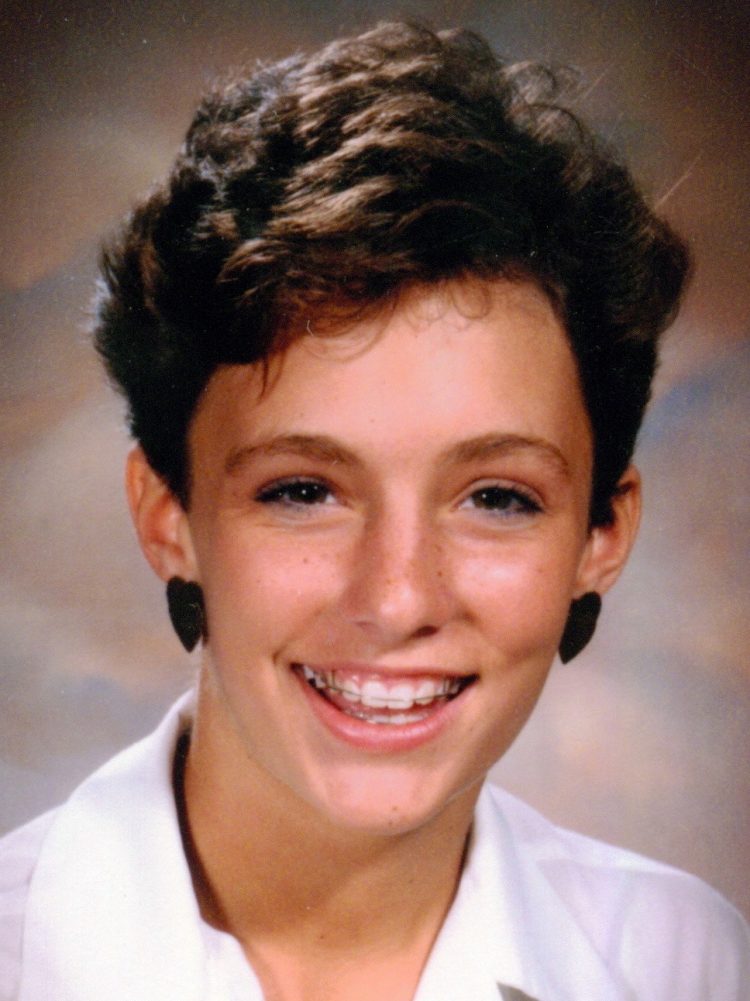 The dam has broken: You can no longer blame a fifteen-year-old victim for the fact that one of your professors, Thomas Hodgman, preyed on me, sexually abused me, and lied about it—all while he was my high school teacher.

The blame is not mine to bear. It is his and it is yours – for condoning the molestation of children.

It is time for you to remove admitted sexual predator Thomas Hodgman from his employment at Adrian College.

I came forward in 2003 and filed a lawsuit against Thomas Hodgman, the Diocese of Orange, CA, and Mater Dei High School, where Hodgman—my high school choir teacher from 1986-1988—admitted to sexually abusing me and at least one other high school girl.

That lawsuit settled in 2005. As a part of that settlement, I received more than 200 pages of secret documents showing that Hodgman admitted to preying on me and at least one other girl. He knew he got me pregnant. He had been informed he gave me a sexually transmitted disease.

He used his high school choirs to gain access to vulnerable young girls and sexually abuse them.

In 2004, I visited Adrian to alert your predecessor, Stanley Caine. I had Hodgman’s signed confession. Caine told me that it was just “sour grapes” on my part. He blamed the abuse on me.

For the 13 years since then, I have attempted to alert students, parents, and the public about what Hodgman has done. I have posted the once-secret documents online. I have contacted your office numerous times. What have you done?

With the recent scandals involving Harvey Weinstein, Kevin Spacey, and other powerful men in media and Hollywood, the dam is breaking.

You can no longer turn a blind eye to what Hodgman did and say, “Times were different.” They weren’t.

You can’t blame the victim for a school that covered up abuse. You can no longer blame a 15-year old victim for that fact that her teacher groomed and sexually abused her and at least one of her friends.

Just because a man is talented and affable does not mean that he can assault, molest, sexually abuse, harass, or engage in criminal behavior with children in his care.

The time for victim-shaming is over. You can no longer cover-up Thomas Hodgman’s past. You must act.