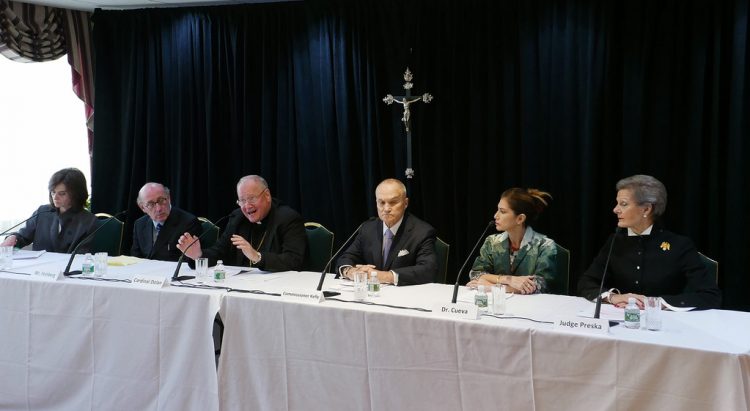 ~PART ONE OF A MULTI-PART SERIES ON THE IRCP~

I had planned on talking about the Archdiocese of New York’s Independent Reconciliation and Compensation Program (IRCP) in this blog, but I wanted to wait until after the end of the current New York legislative session.

My hope was that the plan would be rendered redundant—that the Child Victims’ Act (CVA) would have passed, and survivors of child sexual abuse across the state would have the ability to use the civil courts for justice.

But the CVA died. Less than 24 hours later, the Diocese of Brooklyn danced of the grave of the CVA and announced their own IRCP.

So it’s time to start talking.

Is the IRCP a Hoax?

In a previous a post, I called Hope and Healing Guam—a plan almost exactly like Dolan’s on the island territory—an outright hoax.

The reason I did so is because survivors of sexual abuse on Guam have the right to use the civil justice system to expose the archdiocese-wide conspiracy to cover up child sexual abuse—a conspiracy that lasted decades and included the cover-up of alleged sexual abuse by the archbishop himself.

Hope and Healing Guam aims to take these cases out of the court system and hide them in a church-run prayer circle, where the victims can get a spiritual advisor and a small check. Documents and the conspiracy will remain hidden forever.

Victims don’t want a check. They want assurances that these crimes will never happen again.

So while the IRCP is a far from ideal program, it is not a hoax. But it also requires a lot of work on the part of survivors to make sure that child safety and exposing wrongdoing are the primary objectives.

What are the Church’s Motives? Why Brooklyn?

The Catholic Church in New York has very calculated motives with these IRCP programs. I believe it was a part of a deal to kill the CVA. I’m guessing Dolan and his pals said, “Hey, you kill this bill and we will roll out these plans across the state. The protesters will go away by the time the next legislative session starts up, we promise.”

And they have other priorities:

If you think you qualify for either of these plans, talk to an attorney. Don’t know who to call? Look online for people who have successfully handled/settled these kinds of cases with the church in New York. Ask for referrals. Don’t use someone who has never handled an abuse case.

I will go into more details about who qualifies for these in a later post. Why? Because not all victims are created equal …

I will take your questions in the comments. If I don’t know the answers, I will find out.

Coming up next: Who is Ken Feinberg?

4 thoughts on “The Ins and Outs of the IRCP: Is it a Hoax? Why Brooklyn?”