The 2002 Dallas Bishops’ Conference was a barn-burner. On the heels of the Spotlight series and scandals in dioceses across the nation, the U.S. Conference of Catholic Bishops (USCCB) got together at their annual June meeting to put together “massive reforms.”

Those reforms became the Charter for the Protection of Children and Young People and its accompanying Norms. It was later referred to as the 2002 Dallas Charter.

Flash forward to 2017. The bishops’ June meeting is currently underway in Indianapolis. As luck or fate would have it, I found myself in the same city, at their very hotel (The JW Marriott Downtown) as the 2017 USCCB June Conference. I am in town attending CrimeCon 2017 (a conference for true crime aficionados) to meet some people interested in my work. (And wouldn’t you know it, The Keepers was the talk of the conference.)

Less than 3 hours after CrimeCon checked out last night, the bishops began checking in.

While the USCCB official schedule says the spring meeting doesn’t begin until June 14, they are well entrenched in the third floor conference center of the hotel, where CrimeCon signs still point people to the USCCB conference rooms (ah, the irony). Meetings are going on as I type. 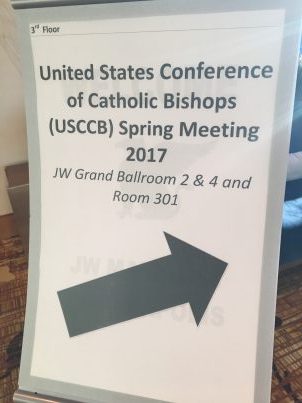 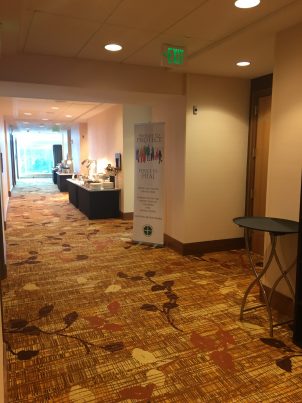 So in honor of the 15th anniversary of the 2002 Dallas Charter, I thought I would take a look at some recent scandals that show us that the problem is far from over and that any glad-handing on behalf of the members of the USCCB this week is just for show.

Nothing has changed, except the window dressing.

The Charter, which the Bishops have been hailing as “watershed” document in child protection, I contend, is a massive failure.

Fifteen years after Dallas, the protesters may be gone, but the disgust remains.

Up next: Part One ~ Altoona-Johnstown

4 thoughts on “Fifteen Years After Dallas, A Seven-Part Series: Introduction”