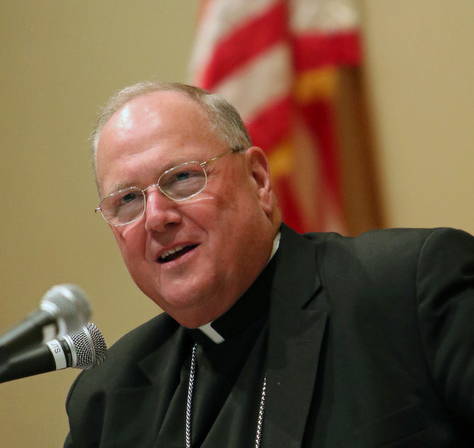 Just look at his actions, not his words.

In fact, since last fall, he’s shown that archaic Statutes of Limitations for child sexual abuse should NOT matter in pastoral care and that there is an INHERENT NEED for window legislation in Albany.

The requirements and success of his own compensation plan have CONTRADICTED the arguments that he and the Catholic Conference have been waging against window legislation.

Let’s start at the top.

The Independent Compensation and Reconciliation Plan (IRCP), now in its second phase, has one goal: compensate victims of sexual abuse by Archdiocesan priests, no matter when the abuse occurred.

According to the plan administrator, success will be measured by the number of victims who come forward and take advantage of the plan, accepting compensation offers by the Archdiocese.

Remember: All of these cases are barred by the civil statute of limitations.

That means these survivors don’t have a legal leg to stand on in the courts. Yet, Dolan—in his own press conference—said that pastoral care REQUIRES some kind of reconciliation and compensation.

Even with the progress to date, Cardinal Dolan acknowledged “the deep scars” and the need for “further healing and reconciliation” by “one group of members of the Church’s family”—the victim-survivors of clergy sexual abuse.

But it gets better:

And guess what? Victims are providing it.

Victims are providing such good evidence, in fact, that approximately 75 people have been made offers through the plan. Only one person has been rejected because a claim could not be verified (to date). Everyone else rejected was due to ineligibility (abuse was outside of Archdiocese, the priest was not an Archdiocese priest, etc).

So, what happens to Dolan’s and the Catholic Conference’s argument of:

Dolan himself has proven it wrong.

The memories ARE vivid. The evidence IS there. The witnesses ARE here.

The pain is great. Victims deserve justice and transparency in the courts.

It’s time for Albany to act for victims and pass meaningful window legislation. Even Dolan agrees and has proven victims right, even though he won’t admit it to you.