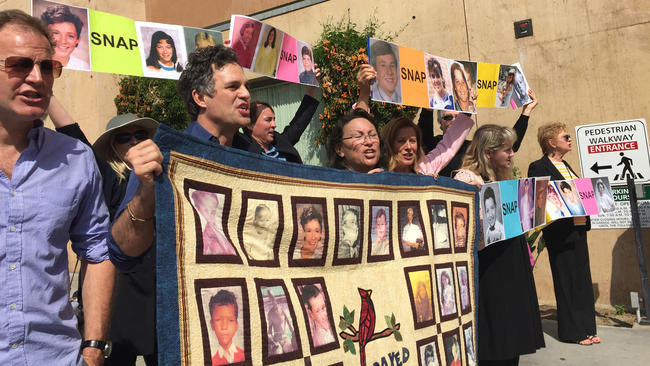 Less than 48 hours after Spotlight nabbed the best picture Oscar, a grand jury report and an Australian cardinal are showing the world that the clergy sex abuse scandal is far from over.

Yesterday in Altoona, Pennsylvania, a grand jury released a 147-page report outlining sex abuse and cover-up in the Diocese of Altoona-Jonestown.

Hundreds of children were molested, raped and destined to lasting psychological trauma by clerics whose abuses were covered up by their bishops, other superiors and even compliant law-enforcement officials in Blair and Cambria counties, the report said.

The conspiracy amounted to “soul murder,” the report said, with abuse happening everywhere from camps and homes to the historic cathedral itself. That description echoes that of similar grand jury probes into the Archdiocese of Philadelphia in 2005 and 2011 that found cardinals and other clerics shifted numerous known abusers from one unsuspecting parish to another.

Attorney General Kathleen Kane called it a “day of reckoning” for abusers and their enablers but lamented that no one could be criminally charged.

But that’s not all.

Simultaneously in Rome, an Australian Cardinal testified (via satellite) about what he knew about sex abuse and cover-up in his home country.

It didn’t go too well.

There were audible gasps Tuesday when Vatican treasurer George Pell said a notorious Roman Catholic Church sex-abuse case “wasn’t of much interest” to him.

The Australian cardinal — the highest-ranking Vatican official to testify on systemic sexual abuse of children by clergy — said senior clergy lied to him to cover up abuse in the 1970s.

He insisted that there was no reason for him to know the extent of the abuse carried out by his onetime roommate — Father Gerald Ridsdale — who was later convicted of 138 offences against more than 50 children.

His comments drew gasps of disbelief in Sydney, where he was testifying by video link from Rome as part of Australia’s Royal Commission Into Institutional Response to Child Sexual Abuse. Pell said he was unable to travel to his native Australia because of heart problems.

These cases are not outliers.