This week, three prominent priests have been arrested and/or investigated for sexual abuse:

In the Archdiocese of Los Angeles: 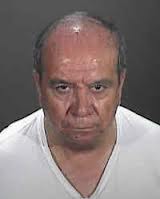 The response from Los Angeles Archbishop Jose Gomez? Nothing. No words of solace for the alleged victims. No words of comfort for confused and scared Catholics. He sent his spokesman instead.

In the Archdiocese of Philadelphia:

McCormick was one of the 21 priests placed on leave after the 2011 Philadelphia Grand Jury investigation of sexual abuse in the Archdiocese of Philadelphia. It is estimated there are more victims.

Philadelphia Archbishop Charles Chaput, who has no problem speaking out for “religious freedom,” is silent when it comes to the pain and suffering the children in his Archdiocese.

Both archbishops should be ashamed of their lack of pastoral leadership in such a painful time for their flock.

You can see the full list of Philadelphia accused priests here or here.  Los Angeles’ list can be viewed here or here.

1 thought on “A Week of Arrests, Investigations and Shameful Responses”