UPDATE July 5, 2012: William Lynch was acquitted on all charges. He plans on starting a nonprofit to help victims and eliminate statutes of limitation on child sexual abuse.

William Lynch has been on my mind quite a bit lately. 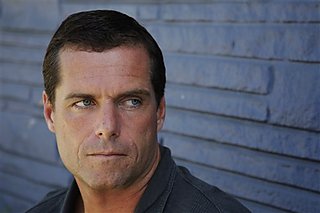 For anyone who doesn’t know, Lynch is accused of beating up Fr. Jerold Lindner, a Jesuit priest who — even the Jesuits concede — molested Lynch and his younger brother.

In May 2010, Lynch went into the San Jose, CA-area facility where Lindner lives and asked the priest if he recognized him. When Lindner didn’t, Lynch beat him up out of frustration that Lindner never admitted or acknowledged abusing him and at least a dozen other children. Although Lynch sued the Jesuits and received a settlement as compensation for the abuse, I can only assume that Lynch was frustrated that Lindner is still a free man, under the complete care of the Jesuits’ California Province.

The alleged abuse is horrific:

The Lynches, who were 7 and 4 at the time, were raped in the woods and forced to have oral sex with each other while Lindner watched, according to a civil lawsuit. Lindner has been accused of abuse by nearly a dozen people, including his own sister and nieces and nephews, but was never criminally charged because the allegations were too old.

Today in Lynch’s trial for assault and elder abuse, Lindner again denied that he abused Lynch. The trial was temporarily halted, because Lindner’s denial will allow the defense to use the testimony of Lindner’s other victims.

I do not condone violence and, if I were there, I would have told Lynch not to see Lindner. However, by refusing a plea agreement that would keep facts under wraps (like numerous California priests have done in the past year), Lynch has shown a sense of honor and transparency that we seldom see from the church.

Yes, there are criminal trials underway (like Philadelphia), where the defendants did not take plea agreements, but they are defended by church-paid lawyers with deep pockets and endless resources. Lynch is not.

I won’t give my opinion about what the jury should decide. I also maintain that I do not agree with what Lynch did (although I can understand his rage). But I will say that his conduct since the beating has been an amazing example of strength and tenacity  to expose wrong-doing and accept consequences.

There are a lot of people in diocesan offices everywhere who should take note.

June 22, 2012 UPDATE: I was asked to clarify this last statement, and after reading it again, I can see how it can be misconstrued. What I mean to say is that diocesan offices everywhere should take note of how to act AFTER the criminal acts of their priests, employees and enablers.  If they handled themselves with the same transparency as William Lynch, predators would be in jail, enablers would be punished, and kids would be safe.

** Note: I received a civil settlement in the 2005 Diocese of Orange $100 million settlement with approximately 90 victims of sex abuse. Because the settlement was negotiated globally, I was unable to go to trial. If I had, I hope I would have the strength that Lynch, the Harris victim, Travis Trotter (the victim of Michael Kelly), the Sandusky victims, and the Philadelphia victims have.