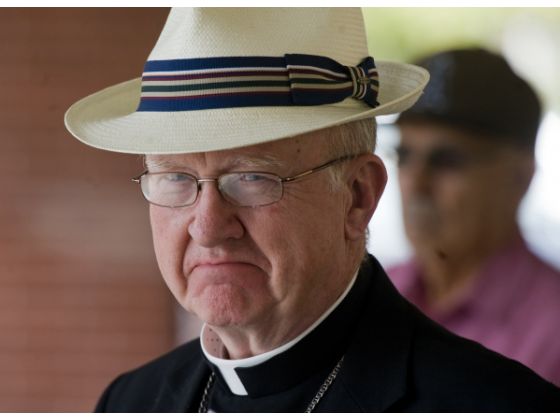 Today, the Associated Press released a blockbuster article about how the Catholic Church in the United States has obtained hundreds of millions of dollars in PPP loans, despite a lack of need.

Catholic entities under Vann’s direct management collected more than $24 million. This includes $3.6 million for the main diocese offices, $8 million for high schools, $1.8 million for the Education and Welfare Corporation, $10 million for parishes and more than $200K for the Orange Catholic Foundation. The foundation alone is sitting on $72 million in assets, according to its 2019 financial statement. All of the loan amounts can be accessed through the PPP loan database.

The PPP loans were intended to keep small businesses afloat during the pandemic, not help large, well-funded religious entities amass greater wealth and power. It’s another example of how the Diocese of Orange (and other dioceses nationwide) use their nonprofit status to exploit the tax code, and, according to the Los Angeles Times, use their “charitable foundations” to fill their coffers and hide assets from survivors of child sexual abuse.
This is all going on while hundreds, perhaps thousands, of survivors throughout California are coming forward to demand accountability under California’s civil window for child sex abuse survivors. Will Bishop Vann suddenly cry poor again? Will he use his “charitable foundation” and forgivable PPP loans to hide in bankruptcy court, like many other Catholic dioceses have done? Will he continue to sue anyone who criticizes him?

It’s time that elected officials and the public hold Bishop Vann (and every other Catholic bishop) accountable to survivors of child sexual abuse, taxpayers, the US government, and small business owners—all of whom are being cheated and manipulated.

If Bishop Vann can spend $14 million in 2019 to repair an organ and rehab the former Crystal Cathedral, he can return $24 million to taxpayers who should not be funding his extravagant displays of wealth.