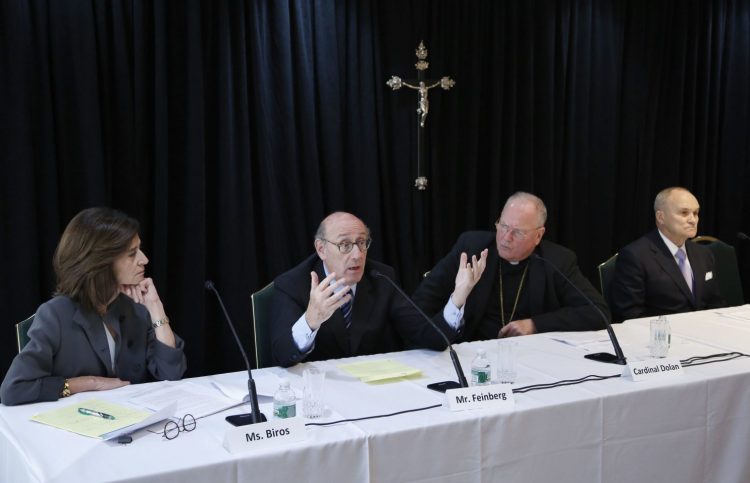 I wrote an extensive series on these programs a while back. While the some of the details are different, the facts about these programs remain the same:

This plan is not about helping survivors. This is about the church writing checks to keep its secrets.

In other words, it’s business as usual.

The bishops have put this plan together to stop legislative reform

There is only one reason that these plans have been introduced (starting in New York and spreading to other states): to stop statute of limitation reform that would allow victims of child sexual abuse to use the civil justice system to expose their predator and the institution that covered up that abuse.

SOL reform has been rumbling around the halls of Sacramento for a while. California’s bishops think that they can 1) persuade legislators that reform isn’t necessary and 2) silence a large number of the victims in the more embarrassing cases.

Not all survivors are included

If the Catholic Bishops want to persuade legislators that they are doing the right thing, the first thing they should do is construct a plan that would include ALL of the victims in their dioceses.

But they don’t. Survivors who were abused by lay teachers (like me), volunteers, or religious order priests are not included.

Why have some bishops signed on and others have not?

I can understand why Stockton (the diocese that sought bankruptcy reorganization a few years ago) would exclude themselves. But where is San Francisco? Why are they standing aside in this process? San Francisco has also never released a list of credibly accused clerics.

How many secrets will be kept in this process?

No one will ever know.

What should you do if you were abused in one of these dioceses?

My knee-jerk reaction is always: RUN AWAY! My second, third, and fourth reaction are also: RUN AWAY. Huge strides have been made in SOL reform in the past few years, and now that Jerry Brown is out of office, I expect great changes in California, and soon.

BUT: I am not in every survivor’s shoes. I don’t know if a survivor is dying of cancer, has a tremendous financial need, or is too incapacitated for the legal process. There are a few survivors who may need to take advantage of this plan.

Always talk to a lawyer. You can get a referral from the National Crime Victims Bar Association here. The bishops say you don’t need one. That’s because they have an army of attorneys. They will also assign you one of their attorneys at the end of the process to help you sign away your civil rights.

Don’t you want to go into the process on equal footing? The church has not cared about survivors once in the past 60 years. Why would they suddenly become self-sacrificing now? Get a lawyer.

The entity who benefits most from these plans is the church. Paying a victim is far cheaper than paying a lawyer to defend the victim’s civil case.

Remember: no child is kept safer with an independent compensation plan.