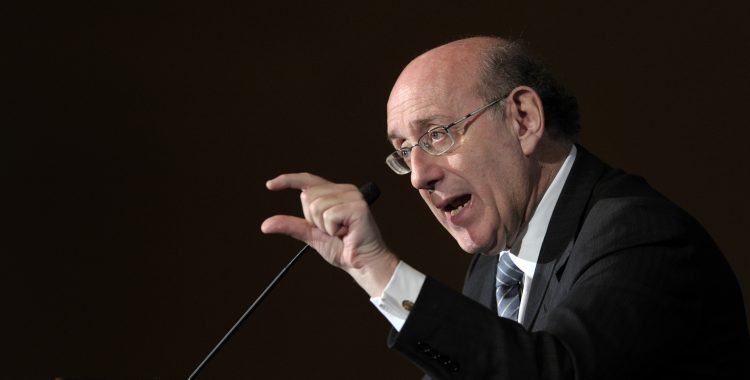 Sorry for the gap since Part 2. I was on vacation. Then I ended up on the news.

He’s been called The Master of Disasters, a brand unto himself, and the Compensation Czar.

Kenneth Feinberg (pictured above), the man who, with his assistant Camille Biros (read this recent New York Times article about her), is in charge of determining who is eligible for compensation in both the New York Archdiocese’s and Brooklyn Diocese’s Independent Reconciliation and Compensation Plans.

He handled compensation for the victims of 9/11, the BP Deepwater Horizon explosion, the Penn State sex abuse scandal, the Boston Marathon Bombings … the list goes on and on.

But these disasters were different. Penn State officials were subject to civil and criminal trials. BP was subject to huge civil litigation with the Deepwater Horizon explosion. One of the Boston Bombers died; the other was given the death sentence in the criminal courts.

Not only were these scandals settled in the courts before Feinberg got them, but they are also over. Done.

The Catholic Clergy Sex Abuse Scandal in the State of New York is neither. It is not over and victims have been barred from using the civil courts for justice. The scandal is not done.

All of the evidence that the church has in their files will remain secret. Even from Feinberg. He has to trust Dolan is telling him the truth and giving him all of the information he needs.

The IRCP is different from any plan Feinberg’s office has administered before.

Earlier this year, Barb Dorris and I reached out to Feinberg’s office. We wanted to meet with him in order to be able to do our due diligence for victims who were coming to us with questions about the IRCP.

I expected the kind of response I usually get from church officials: crickets. Or, a delayed patronizing response, informing me that I am an idiot.

His response was immediate and respectful. He wanted to meet and invited us to bring others. He was open to talking on the phone. He was frustrated because victims didn’t want to talk to him (we had to explain that a friend of Dolan’s is no friend of victims).

At our in-person meeting, Barb and I brought the leading minds in the clergy sex abuse cover-up scandal victims’ “movement.” We needed people far smarter than us to help inform him of the huge problem he is facing. (I won’t name names here, unless they say it’s okay).

Did Feinberg fully grasp what we were telling him—that Cardinal Dolan is one of the biggest enablers of sex abuse and cover-up in the United States? That Dolan is most likely sitting on a treasure trove of evidence of child sex abuse? That this plan is a ploy to rob victims of their civil rights? That quite possibly, this plan may keep abusers in ministry, keep enablers from being held accountable, and rob victims of their civil rights?

But at least he took our meeting and listened to us. If I were to call him tomorrow, I am sure he’d meet with me right away. I have tremendous respect for that.

Do I have much respect for the plans themselves or the bishop and cardinal who are heading them? No.

I wouldn’t swap places with him and Camille Biros for all of the money in the world. But Kenneth Feinberg has earned my respect.

6 thoughts on “The Ins and Outs of the IRCP Part 3: Who is Kenneth Feinberg?”