Why, oh why, does the Catholic Church continue to bestow honors and awards on tragically flawed wrong-doers? 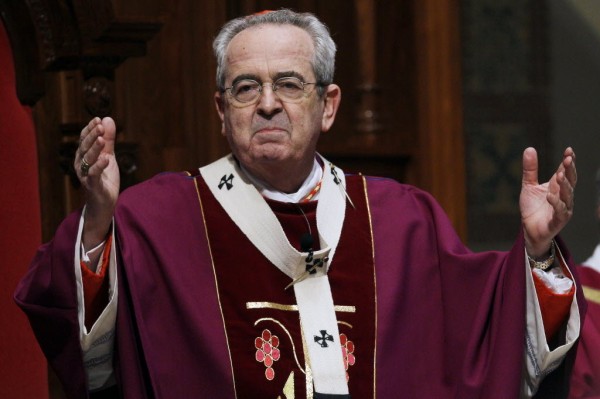 Trial watchers in Philadelphia have been treated to a firsthand view of vile and disgusting human behavior. What makes it worse is that the evildoers are priests and the victims are children. The lede from the Philadephia Inquirer’s Sunday story on the trial is enough to make even the hard-hearted ill:

A sexually graphic love letter to a grade-school boy.

That they emerged in testimony about priests – and at times, from priests – only amplified the uneasiness.

One would think that the big boss who allowed this activity to continue and flourish would be castigated and forced to live a life of penance and contrition. Not so much.

Disgraced Philly Cardinal Justin Rigali—who retired last year after the Philadelphia Grand Jury exposed the fact that he was keeping more than two dozen accused priests in ministry in 2011—has been honored by the Pope as a special envoy and this week will be a special Mass celebrant at St. Patrick’s Cathedral in New York.

So, while Philly jurors hear about how Rigali kept 37 accused predators from ministry, sat idly by as children were abused and accusers came forward, deceived his review board, and oversaw an organization that employed five men who were criminally indicted in 2011 for sex abuse and/or cover-up, Rigali will be the special guest of honor in one of the most famous landmark Catholic Churches in the United States.

In 2004, LA Times writer William Lobdell (full disclosure: Bill is good friend and former business partner) wrote a great story about how child molesting clerics have been honored by Catholic officials, groups and communities that refuse to comprehend the horror of sexual abuse, can’t believe that “such a nice priest” could hurt kids, or simply don’t care:

When congregants at a parish in Rancho Santa Margarita in southern Orange County were told in 2002 that their longtime pastor [Fr. Michael Pecharich] had admitted to molesting a boy three decades earlier, the first reaction by some was to name the parish hall after him. The idea was quickly dropped. Three more alleged victims have come forward since then.

Fast forward to 2012, and little has changed:

Honors and awards are for people who do nice things. Honoring predators and enablers (who have never accounted for their crimes, atoned, made penance or attempted to right their wrongs) is little more than salt in victims’ wounds. I don’t think Jesus would approve.