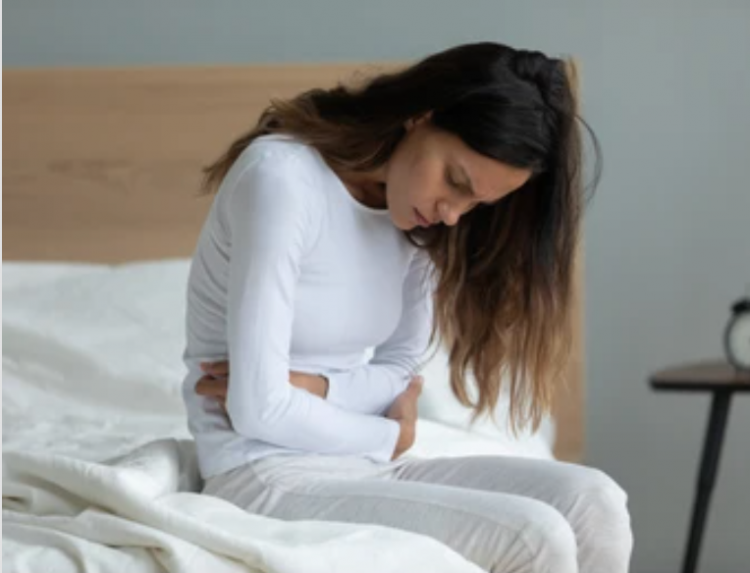 Healing your heart and your mind often starts with making peace with your body (and, as a result. how you nourish that body).

In the next series of blog posts, I am going to do a deep dive into the big connection between childhood sexual abuse/childhood trauma and food issues. The connection is a troubling one—on an anecdotal level, a vast majority of the survivors I have worked with over the years have battled obesity, diabetes, cancer, eating disorders, body dysmorphia, chronic disease, digestive issues, irritable bowel syndrome, autoimmune disorders, and food sensitivities. But I wanted to learn more about WHY this is. What is the connection? What causes it? And how can we help people who are struggling?

I come to this discussion honestly: I have battled food issues my whole life. They go back further than my abuse (I grew up surrounded by unhealthy body expectations), but my own struggles with emotional eating, food shaming, IBS, and now lupus, most likely, have a direct connection to what happened to me as a teen.

Topics I plan to discuss over the next few weeks will surround the effects of abuse on (including studies on) survivors and the resulting food/eating issues: including shame, control, self-destruction, self worth, the PTSD response, the physical isolation of obesity, and, of course, emotional and response eating.

But before we get into that, I want to talk a little about the physical effects of the stress and inflammation caused by the trauma of child sexual abuse.

Remember when you were a kid and how your grandmother or other adults used to complain about their “nervous stomachs?” Guess what: It was not all in their heads. Even though at the time people tended to write off such complaints as “made up for attention,” or “hysteria,” we now know that there is a direct connection between the gut and the brain.

In fact, some medical experts now refer to the gut as your “second brain.” The neurons and neurotransmitters in our gut are the same kind as the ones that are found in our brain and nervous system (and the gut rivals the brain in numbers of neurons). The two systems—gut and brain—actually communicate using those neurotransmitters to relay information and the response to stress and stimuli. Anyone who has ever had “butterflies” in their stomach, felt sick when they were nervous, or whose intestines either shut down or go into overdrive when under stress, will tell you that this is no joke.

So, we understand that the stress and negative stimuli associated with child sexual abuse can make our guts feel bad and affect our thinking around food, but is there more? Does all of this result in a physical change in our guts?

The long answer: A Columbia University study found childhood trauma leads to harmful changes in the gut biome (the billions of micro-bacteria in your gut that aid in digestion, the immune system, and brain health). When that biome is upset or damaged due to childhood trauma (and because of the improper development or function of the neurotransmitters), the gut biome can be permanently altered over the lifespan. Sufferers can develop “leaky gut” (when toxins and other inflammatory foods enter the body through the gut lining before the helpful bacteria in the gut can properly process and dispose of them). The direct effect is food sensitivity (inability to handle certain types of foods like wheat, dairy, or soy), pain from gas and bloating, leaky gut, IBS, and physical damage to the intestinal wall.

What does this look like in real life? Survivors of child sexual abuse develop pain and other symptoms (including food intolerance) that, seemingly, “come out of nowhere” and cannot be easily diagnosed. The pain and damage are real, however, and tend to get worse over time. But because the survivor is usually also suffering from mental and emotional problems resulting from the sexual abuse, their symptoms are often not taken seriously by loved ones and medical professionals.

Autoimmune And Your Gut

When the changes in the gut biome go unaddressed and untreated, the body does its rotten best to fix the situation. In many cases, this inflammation causes an “over-response:” the body’s own immune system (found in the gut, mind you) attacks healthy cells, resulting in autoimmune disorders.

A study in the Journal of Behavioral Medicine found that in adults who suffered cumulative childhood trauma, including child sexual abuse, the cases of adult-onset autoimmune disorders sharply increases.

For anyone who suffers from Celiac Disease, saying that they have a “sensitivity” to wheat and gluten is an understatement. Their gut biome is so damaged that gluten strips the villi (the small, finger-like projections in the intestine that absorb nutrients and transport them to the bloodstream) from the lining of the Celiac’s gut. No villi, no bueno.

Until we can completely stop the cycle of child sexual abuse and stop the crime from happening, we must honor survivors and long-term effects of the trauma.

The easiest way to do that is to give people grace over their food decisions. You don’t know why people have to make the decisions that they do.

Saying things like, “Is that all you’re eating?” “C’mon, what’s a little bread/sugar/soy?” “Why are you causing problems by being fussy?” or “You can’t eat? Gee, I wish I had that problem,” are inappropriate and shaming. What other adults put on their plate is none of your business.

Pointing out and minimizing someone’s food sensitivities puts the target in a situation where suddenly that person has to justify why they can’t eat “just like everyone else.”

“Tricking” the person by spiking food or lying about ingredients can put them into large amounts of distress, the hospital, or the morgue.

Tips For Those Suffering

Most people don’t sit down and say, “Maybe my physical digestive symptoms are a result of what I experienced as a child.” But if you do have sensitivities, food allergies, or distress—or any symptom you don’t understand—talk to your doctor. Be honest about your past experiences. Share the studies I have posted here.

If you know that certain foods will hurt you, remember: “NO” is a full sentence. You do not have to explain yourself to anyone. It’s okay to say no at a potluck, buffet, or party.

Many people have also been able to help themselves by writing down what they ate and their emotional state before the symptoms occurred in order to determine what foods are triggering the problems. If writing down what you eat or eliminating food causes a host of problems of its own (which I will address in later posts), take a deep breath, talk to your doctor, therapist, nutritionist, or support person, and be open and honest. You never need to be ashamed about how food affects you and your behavior.

But whatever you do, do NOT ignore the pain, distress, and symptoms in the hope they will go away. Help is available. You can stop or reverse damage with support on your journey.

It’s not all in your head.

1 thought on “Childhood Sexual Abuse and Food Part One: Why do I have gut issues?”