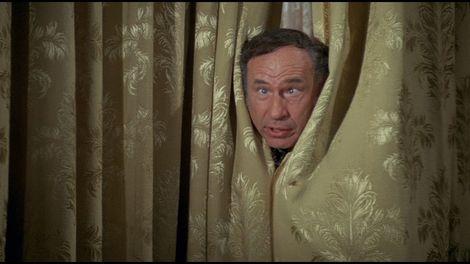 Instead, Cardinal Daniel DiNardo — the president of the U.S. bishops’ conference — told the group that the Vatican’s Congregation for Bishops had asked the bishops not to take action until after a worldwide meeting of church leaders in February.

This is very interesting. The congregation is the group of bishops that has authority over the smaller conferences, such as the US Conference of Catholic Bishops. They are all under the authority of the Pope.

I have an opinion on why and how they put the kibosh on the vote:

The US Conference of Catholic Bishops was attempting to set some serious precedence: a code of conduct, submission to outside authority for investigations, etc. Would such policies extend worldwide? This could spell trouble for bishops in jurisdictions where there are no scandals because there are no victim-friendly laws.

Plus, the proposed reforms had the distinct possibility of flouting Canon 22:

Can. 22 Civil laws to which the law of the Church yields are to be observed in canon law with the same effects, insofar as they are not contrary to divine law and unless canon law provides otherwise.

The congregation wasn’t going to wait to find out the U.S. Bishops’ vote tally. They went to the Pope and said, “We’re shutting it down.” He said, “Sure thing. One less hassle for me.”

There is a lot to be said for being lazy.

I was going to write about the proposed Baltimore bishops’ meeting agenda yesterday, but put this blog post off until this morning. Good thing—because our pal Pope Francis made the whole meeting moot.

In the opening minutes of their meeting, the bishops heard a surprising report: Pope Francis had asked them not to vote on any of their proposals.

The pope does not want U.S. bishops to act to address bishops’ accountability on sexual abuse until he leads a worldwide meeting of church leaders in February, the president of the U.S. Conference of Catholic Bishops, Cardinal Daniel DiNardo, told the gathered bishops as the meeting opened Monday morning.

“At the insistence of the Holy See, we will not be voting on the two action items,” DiNardo said. He said he was “disappointed” by the pope’s directive.

I like the use of the word “directive.” Granted, it was put there by the Post’s writer, but it tells of the gravity. This is not an “ask.” This is an order.

This quote below by Archbishop Christopher Pierre, the Vatican’s Ambassador to the United States (not the one busted with child pornography) also intrigued me. In it is a thinly veiled threat to any civil law enforcement who dares to try and tell the church how to run its affairs. He seems to be talking about lay review boards—but when you look at the larger scope of his own priest who was busted for porn and was on the lam from TWO federal governments (Canada and the US), only to be “found guilty” by the Vatican—he’s talking about any civil authority:

But then Pierre, a French bishop sent by Francis to Washington in 2016, quoted a French author who said that “whoever pretends to reform the church with the same means to reform temporal society” will “fail.”

Chicago Cardinal Blase Cupich suggested that the bishops continue with their agenda and have a non-binding vote. You can view the proposed agenda here (this links to a wordy and lengthy editorial piece, sorry).

The bishops had planned on discussing things like a code of conduct for themselves (how novel), more lay review boards with real (?) investigative authority, punishing adult relationships (you know, that whole “abuse of power” thing that is forbidden anyway by celibacy), and other stuff.

Me? I think that the bishops believe that Francis swooped in and saved the day. There are a bunch of men with high blood pressure and fatty livers in Baltimore who are breathing huge sighs of relief right now. Instead of fighting over codes of conduct, Cupich and his cronies are putting in their orders for filet mignon and ’10 Chateau Lafite Rothschild Pauillac. It’s R&R in Baltimore.

They think they dodged a huge bullet. But they didn’t. Now they have to protect their phoney baloney jobs.

1 thought on “UPDATED: Francis put the brakes on Baltimore. Now what?”