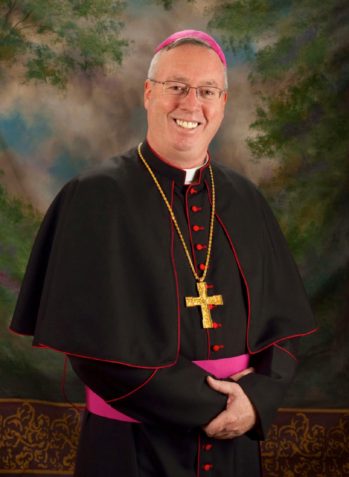 Spoiler warning: The US Conference of Catholic Bishops is taking us for a bunch of rubes.

The bishops are relying upon two things: 1) the public’s lack of institutional memory; and 2) Catholics’ reliance upon the bishop’s artificial moral authority.

The bishops are in crisis, pure and simple.

Your average 30-year-old reporter was fourteen in 2002. And unless they had a family member who was abused, chances are that the story was nowhere near their radar screen. This is all new to them.

From Laurie Goodstein’s (who is still on the beat, BTW) June 2002 story on the Dallas meeting in the New York Times:

A day before the nation’s Roman Catholic bishops are to meet in Dallas to debate how to respond to the clergy sexual abuse scandal that has devastated the church, another bishop resigned under the shadow of sexual abuse accusations.

Sound familiar? It gets better. Later in the article:

The meeting in Dallas will deal only with the issue of sexual abuse. As a sign of how grave the crisis is considered to be, the bishops have put off discussion of other issues until their next meeting, in the fall.

In a highly unusual move, the bishops will put aside almost everything else on their agenda for the annual meeting of the U.S. Conference of Catholic Bishops next week to focus solely on rectifying their policies on abuse.

Or in this case, not so unusual. It’s what they do when they are in freefall.

Now, let’s look at who complained about the policies. From the 2002 New York Times article:

”The more you nuance, the more hazy it gets, and I think the people are saying, give us a clear standard,” Cardinal McCarrick said. ”As I listen to my brother bishops and as I listen to the people, I think they may feel that one act, even if it happened 30 years ago, should disqualify a man for continuing in the ministry. I’m not there yet.”

And now we know why McCarrick wasn’t “there yet.”

After a moment of reflection, Coyne modified his view. “I wish it wasn’t necessary, but it is. Given what has happened in the past and has happened currently, it is.”

Really? No code of conduct for the bishops who have covered up child sexual abuse for decades? It’s not like codes of conduct are foreign to them. Let’s take a look …

Code of Conduct, Diocese of Harrisburg

Code of Conduct, Diocese of Charleston

Code of Conduct, Diocese of Allentown

I could go on, but it would get boring. So I will leave you with the CODES (plural, mind you) for the Diocese of Burlington.

Coyne considers codes of conduct “good for thee, but not for me.” If I were him, I would say, “Lay those rules on me. My burden should be the greatest of all.” His reticence – that “moment of reflection” –  is telling.

The bishops will be devoting a full day of the three-day meeting to prayer.

But before it all gets started, the bishops will pray. Their meeting Monday will be chock full of ritual. Mass. Guided prayer and reflection about the grievous effects of sexual abuse. Time for confession.

A full day in prayer and contemplation can be rare for busy bishops, Rogers said. “We’re all very action-oriented people. It’s easy to forget, leading the complex organization of a diocese — all the parishes and schools. This invites them out of the administration of the church, and into why the church is here to begin with.”

They have had plenty of time to pray (sixteen years, in fact, since the 2002 scandal). The bishops have millions of Catholics praying for them.

I don’t recall a single lesson in the New Testament where a wrongdoer, when given a choice between making amends and praying, was told by God, “Hey, I have a great idea. Instead of doing good works for those you have so terribly wronged, why don’t you waste a day and celebrate rituals in secret with your buddies in crime. It’ll be fun.”

Show the bishops you’re not a bunch of rubes. Stop giving. Push back. Join an advocacy group like STOP to change laws and demand accountability. Stand up for those who speak out.

I’ll discuss the bishops’ proposed “schedule” in a later post.