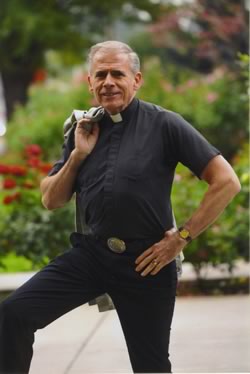 Today the Diocese of San Diego released a list of eight credibly accused priests who have worked in the diocese.

This list is dangerously incomplete. Even a cursory search of publicly available data found 105 names of priests who have worked in San Diego—including Bishop Emeritus Robert Brom—who have been accused of sexually assaulting minors or vulnerable adults.

Father J. Patrick Foley has been giving unsupervised retreats in the Western United States for at least a decade. The Diocese of Orange banned him years ago and refused to state why or inform the public. In fact, as late as February of 2018, Foley was removed as a retreat master from a parish in Alhambra, with no public explanation.

Why is the Diocese of San Diego just now making his name public if they knew of credible allegations of sexual abuse? Why did they let him roam freely and unsupervised with children and young people?

The fact that Bishop McElroy believes that the public is this ignorant to the scope and scale of abuse in the diocese is dangerous. Fifteen years of stale promises of transparency are enough.

It’s time for two things: a thorough investigation of the diocese by the state’s attorney general and local grand jury and an immediate change in our civil laws that allow victims to come forward and expose predators.

Because obviously, Bishop McElroy won’t do it when given the chance.

ABOUT STOP: Survivors Taking on Predators

The STOP Team leads the nation in changing laws to allow more survivors to come forward, exposing predators and institutional cover-ups, and protecting tens of thousands of children.

Survivors and others who wish to take action to expose predators and the criminal cover-up can contact STOP at www.stop.team.