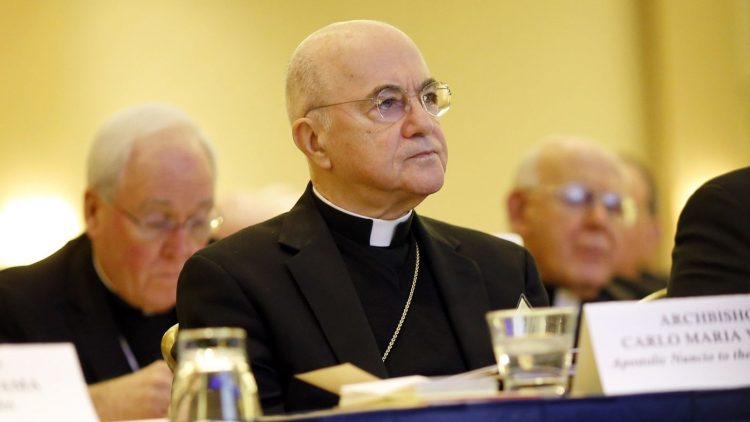 I wrote briefly about the Vatican Circular Firing Squad in a previous post. It was an over-simplification, but hit the point.

To truly understand what is happening right now with the Catholic clergy sex abuse scandal—and how the scandal has been able to flourish for so long—you need to understand the people, the dynamics, and history of the sexual politics of the Vatican. Let’s start with the latest star.

Some of you may remember this story: 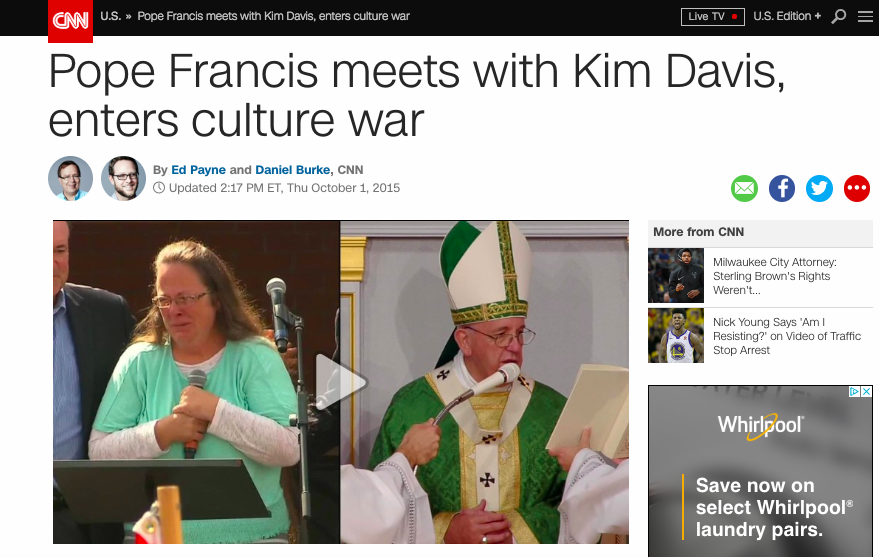 Kim Davis was the Kentucky clerk who spent six days in jail for refusing to issue marriage licenses to same-sex couples.

That meeting was arranged by Carlo Maria Vigano.

From the LA Times: Who is Carlo Maria Vigano, the man accusing Pope Francis of covering up sex abuse?

Read the whole thing.
Interested in doing something about abuse? Join STOP.