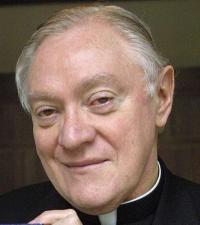 It’s the Sacrament of Confirmation season in the Catholic Church, and that means one thing: trouble.

Why? For the Archdiocese of Los Angeles, it’s time to dust off disgraced, abuse-enabling bishops and force them on innocent Catholic teens, adults and parishes.

I’ve already received numerous complaints from two Los Angeles parishes: St. Timothy’s in West Los Angeles and St. Monica’s in Santa Monica. Both parishes are celebrating confirmations this coming weekend, and both are stuck with Bishop Thomas Curry as the celebrant. 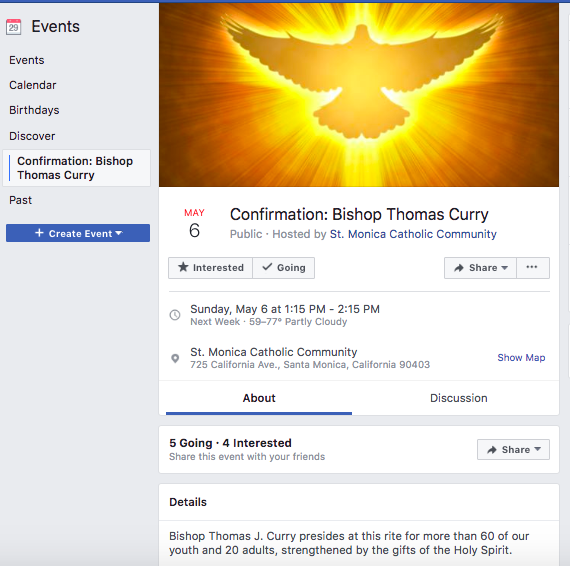 Think of it as having your faith “sealed” by Pennywise the Clown.

Curry’s fall from grace was quick.

In 2013, when thousands of pages of LA Archdiocese sex abuse and cover-up documents were finally made public (after years of legal wrangling), we learned that Curry, as Vicar for Priests, had a direct hand in the cover-up of sex abuse. He felt that the Archdiocese was not legally responsible for its priests. He allowed molesting priests to stay in ministry without alerting authorities or parishes, allegedly interfered with police investigations, and helped some priests evade civil prosecution.

As a result, he resigned from all public duties in January 2013 … almost.

Except for those pesky confirmations.

Every year since 2013, I have received calls from angry parishioners, asking that Curry (and sometimes Cardinal Roger Mahony himself) be removed as confirmation celebrants.

It’s safer for parishioners to call me than to complain internally. When some parishioners and employees have complained to their pastors in the past about Curry, they alleged they were harassed and/or demoted in response.

Almost every year, Archbishop Gomez has had to issue some statement saying that Curry shouldn’t be doing confirmations. But only because Catholics complain and people like me help raise a stink.

How about just banning Curry altogether? This should be easy—Curry is retired, having hit age 75 and submitting a resignation to the Pope (which was accepted, BTW).

Curry is a compromised man who did terrible things. If he’s the best example that the Archdiocese of Los Angeles has to “seal the faith” of teens and adults, then perhaps their problems and lack of moral integrity are far worse than we ever imagined.