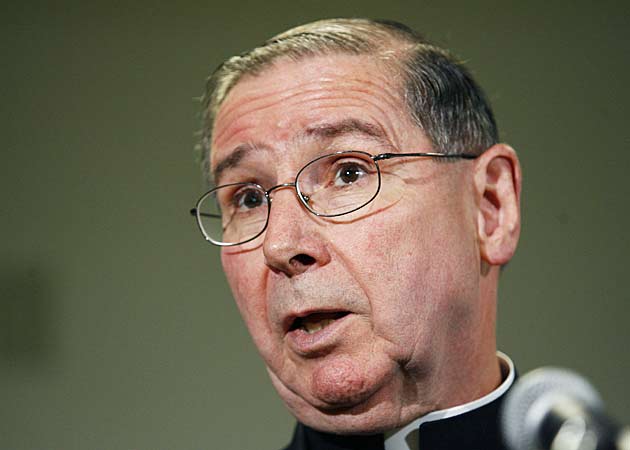 When Pope Francis appoints Cardinal Roger Mahony as a Papal Envoy in a state where almost every diocese is under investigation for the cover up of child sexual abuse, you know the Vatican has gone full tone-deaf on sex abuse.

And now is not the time to go full tone-deaf.

Since his election as pope, die-hard Pope Francis fans have been singing his praises, calling the South American prelate a “new kind of Pope.” Insiders call it the “Francis effect.”

Victims and advocates know differently. It was good PR, spun by his hired flack.

That glow lasted for years. But in the past few weeks, even Francis couldn’t keep remembering his speaking points. First, he pulled the infamous “I need proof” statement, defending a controversial bishop and saying that victims need to provide him evidence of abuse before he believed that they had been sexually abused.

Little did most of the public know that one of them—Juan Carlos Cruz—already had. And he had the photo to prove it.

Now the Vatican is in full crisis mode. The allegations against Barros are gross. Suddenly, Pope Francis and Vatican officials are concerned about what Juan Carlos has to say, sending an investigator to the U.S. to talk to him.

Not because they care, of course. But because they are embarrassed. Embarrassed enough to also reinstate their Vatican Sexual Abuse Commission. Minus public survivors. Why? The only two survivors on the last commission quit in disgust.

Speaking of survivors, this week, the Pope told a group of Jesuits that he “meets regularly with abuse survivors.” What an odd thing to say. Every survivor I know who has ever tried to get close to the Vatican (and I’m talking about very private people who just wanted the Pope’s blessing and never uttered a peep that they even knew me) was ignored. And I would think that the survivor grapevine (and yes, there is one) would be buzzing if this were actually happening.

And really, wouldn’t the first people he’d want to meet be people who had already gone through the legal wringer and could no longer pose a threat. You know, people like the survivors from the Archdiocese of Los Angeles?

Which leads us to …

Who would make Roger Mahony a Papal Envoy to Anything?

The Diocese of Scranton is getting ready to celebrate its 150th anniversary. Pope Francis can’t be there himself, so he needs to choose someone special to represent him. Someone honorable. Someone awesome. Someone like …

Kudos to the people of Scranton for protesting. There was only a small announcement from the Vatican Press Office and then the website announcement on the Diocese of Scranton page. (This link takes you to the page that has since been removed.)

The Vatican thought they could sneak it by. They were wrong.

Catholics are seeing behind the curtain.

I think it’s doubtful that the Vatican investigation into Barros will find anything. They already know it all—it’s horrible and embarrassing. They just don’t want the world to know that they knew all along.

Hopefully, more Catholics will punch back twice as hard like those in Scranton.

And it’s time for Roger Mahony to just go away.