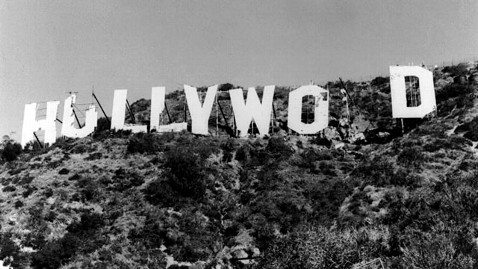 Do I have proof of the scandal?

Yes. Do a simple Google search on the Sugar’n Spice Photos of a 10-year-old Brooke Shields. You’ll read about the Playboy photos her mother approved and for which the photographer said the child felt “totally comfortable posing.” (That’s not comfort, BTW. That’s the product of grooming.)

Fortunately, the photos are censored.

Or the victims of Roman Polanski. He’s convicted, so I don’t have to call the victims “alleged.”

Ask any of the alleged under-aged girls passed around at the Playboy mansion. Or if Bill Cosby allegedly checked IDs.

This is just the surface of the problem.

Hollywood has been eating children alive for almost a century.

How do I know this? I am a student of history. Hollywood an institution – one that is powerful and glittery and offers children and their parents something better and more beautiful than anything else can:

Hollywood gives the Average Joe the ability the go home and show all of the poor schmucks who hated him/her that s/he “made it.” Or even better—all of the yokels from the old neighborhood can see his/her kid on TV. Does it get any better than that?

It certainly doesn’t get any better for predators. For them, it’s a never-ending feast of children, hungry for fame—many of whom are supporting their families..

Why do I know this?

I have been fighting institutional child sexual abuse for 15 years. A majority of the work that I do has been for victims in the Catholic Church. And I will help anyone who asks.

For years, people wondered why the clergy sex abuse/institutional sex abuse movement could never get a celebrity spokesperson.

I knew why. It was because many of the celebrities we wanted to be spokespeople were actually asking for help on the sly.

That was never going to happen. So strong, brave men and women told me and others no. They needed to work.

I understood. Not everyone can be a warrior.

Hollywood’s survivors always have a home. Those of us who understand institutional abuse will be here with open arms.

It’s the same in Hollywood. Survivors have to work and they have to eat. But they also have to heal. And after they heal, they learn to fight. And name names.

Hollywood will never be the same. And that is good. Very good.