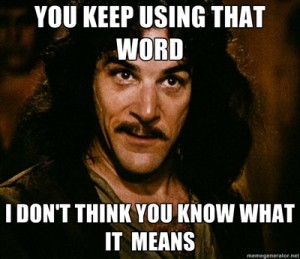 Since 2002, Catholics and the public have been “assured” time and time again that dioceses across the United States are “in compliance” with the Charter for the Protection of Children and Young People, a set of rules created by the US Conference of Catholic Bishops after the scandals in Boston more than 11 years ago.

As recently as 2012, the Archdiocese of Minneapolis/St. Paul was in “full compliance” with the Charter to Protect Children and Young People. So says the Archdiocese’s website:

The Archdiocese is grateful to everyone in parishes, Catholic schools and other locations who work to ensure that the Charter requirements are implemented. We appreciate your efforts and your continued cooperation to help create and maintain safe environments in local Church ministry.

If THIS is compliance in Minnesota, what is going on in other dioceses nationwide? And what else is hiding in the bowels of chancery buildings across the state of Minnesota?

We know one thing they are hiding: None of the bishops in the state have publicly released the names of credibly accused clerics (For the sake of comparison, even Cardinal Roger Mahony put out a list.).

If the lists are made public, the names could send shock waves through Minnesota communities.

Despite his claims that he is not covering up abuse, Minneapolis/St. Paul Archbishop John Nienstadt refuses to release the lists. The only way that victims and the public can get access is through the courts. To do that successfully, victims’ attorneys have said in court documents that keeping the lists private is a “public nuisance.”

Let’s hope that the victims are successful and that other survivors with civil rights across the country are able to do the same.

A side note—Priests in Minneapolis and St. Paul are rightfully angry. When an archdiocese won’t name the bad clerics, how can anyone know who the good clerics are? By covering up the abuse, the Archdiocese has given every priest a huge black eye.

4 thoughts on “Compliance, public nuisance, and some angry priests in MN”